Layoffs at the Daily Star 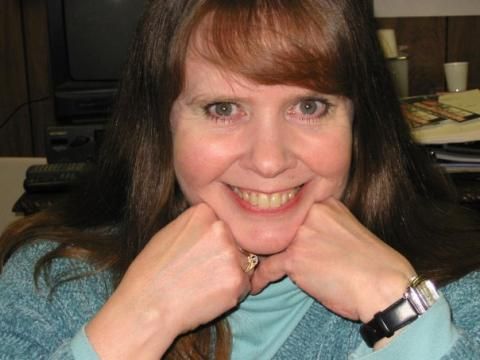 Former Daily Star reporter Patricia Breakey, who was among several editorial staffers laid off last month by the newspaper. Photo courtesy of Breakey; used with permission.

Breakey has been covering the county for the paper for over twenty years (minus a stint in the '90s as the editor of the Walton Reporter).

“In essence, what they did is they closed the Delaware County bureau,” she said. “There's no way they're going to have as much coverage in Delaware County. They'll probably try to maintain some kind of presence, just so they don't lose all those subscribers.”

Daily Star publisher Armand Nardi said the paper would continue its news coverage of the county.

“We'll be covering Delaware County, and we'll have reporters in that area,” he said.

Nardi said he could not comment on personnel matters.

Breakey said the Star also laid off two other people: sports reporter P.J. Harmer and Cooperstown Crier sports reporter Eric Ahlqvist. She said another staffer, Daily Star librarian Deb McCaffrey, was re-hired in another department that had a vacancy.

Harmer, who blogs about sports and geocaching at A 'Lil Hoohaa, discussed the layoffs in a blog post on February 14. An excerpt:

For the past three or so weeks, the newspaper had a cloud over its head. A mandatory meeting was called for Feb. 11 and so many theories were bouncing around. In the end, it was layoffs. And in a bit of shocking news, I was one of the handful of editorial staff laid off. It’s a shame for many reasons, including the fact that the sports department is now down a man permanently, and some good people are out of work.

I won’t go into a diatribe about it all here. It happened. There’s nothing I can do. I will take a week or so to let it set in, accept it and then start a job hunt. Hopefully, this will lead to better things. But for now, it stinks. I felt part of something special at this paper. Even with everything that attacks newspapers, this group has been something else. I’ve made friends I’ll hold for the rest of my life.

Nationwide, the print news industry is in trouble, and the Daily Star is no exception. For the last two years, the paper's employees have been subject to mandatory furloughs, requiring them to take four weeks a year in unpaid leave.

“Over the years I've worked for the Star, there's been a continual decline in the number of reporters,” said Breakey.

Breakey said the decision to lay off the staffers came from the Daily Star's corporate parent, Community Newspaper Holdings, a nationwide publisher that bought the paper in 2006.

The company is based in Alabama, and owns newspapers across the country.

Mary Beth Silano, who chairs the Delaware County Chamber of Commerce, said she was incensed at the news that Breakey had been laid off.

“Don't get me started,” she said. “I was floored when I heard it, and I don't understand why. And I can't get an answer. I've actually been trying to find Patsy a job. She cares about the area. She's from the area. It's just heartbreaking.”

Silano said she was worried about what the layoffs would mean for the Star's Delaware County coverage.

"If it wasn't for her, there would be no representation for Delaware County. She was always at the board of supervisors' meetings, she was always making sure our news got in the paper," she said.