How do you fill a row of empty storefronts in a small town? You could offer economic incentives or be generous with your zoning laws. Or, if you're the town of Roxbury, in Delaware County, you could invite teams of designers to give the stores makeovers in a reality-show-style contest. Local architect Andrew Williams came up with the concept -- dubbed the Re-Store Design Challenge -- and he's also one of the designers competing in the contest, which begins on August 21. That's when three Main Street spaces will be turned into fantasy storefronts that will be open to the public for a month. As it turns out, Roxbury isn't the first town to use faux-storefronts to revitalize a boarded-up downtown: Britain's North Tyneside and Philadelphia have tried it, too. The Watershed Post talked to Williams about how his idea will transform Roxbury's Main Street -- and what will happen after the designers pack up their magic and go home.

Andrew Williams: I’ve been in the Catskills for about six years. I used to own a bar here -- Public Lounge -- and I met a lot of people here. ... We [Williams and partner Juan Teran Navarro - Ed.] kept our day jobs as architects. So after we sold the bar, we tried to figure out how we can continue to do business up here, so we figured, why not do our architecture business? We opened a branch of our firm, Cooper, Robertson & Partners, in the Margaretville area. We decided to expand our practice up here, and advertise, and get more architecture jobs in the Catskills, so one of the ways to do that was to get our firm known, and become sort of the go-to company for design in the Catskills. So one night after watching too much HGTV and drinking too much vodka, I thought: We should do a reality show! So I called Peg [Ellsworth, the Executive Director of the MARK Project] and said, “Why don’t we do this thing where we renovate a downtown?” Really. it was fast. it went from an idea to a funded concept in three weeks.

WP: So, these stores that are being re-designed: Are they real stores? Can you buy things?

AW: We didn’t put a restriction on that in the contest. Our idea was that you didn’t have to sell merchandise, and the reason we did it that was was because we wanted the designers to be very creative. You could make a store that sold bottled Catskills water, that might never make a profit, but in terms of showcasing the design and activating the streetfront, it could be very interesting. 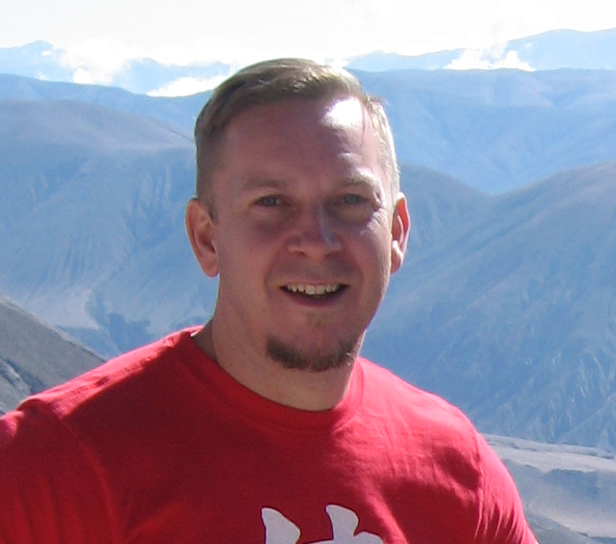 WP: In terms of helping the community, wouldn't it be better to bring in a real store?

AW: I would say yes, that would be even better, but we won’t let the perfect be the enemy of the good. I think that the idea behind this is to get those entrepreneurs into these little downtowns. You see people coming into the town from the city or from Albany, thinking, “Oh, there’s a community here of artists and people caring about entrepreneurs,” instead of seeing a row of vacant storefronts.

WP: So how will the Re-Store Design Challenge be good for Roxbury?

AW: For one thing, I”d like to showcase the architecture, which is beautiful. Secondly, it will be the publicity that it will get from downstate and from blogs that will add to to the tourism mix in the area. Also, we are doing a mid-week designers preview thing with the Roxbury Motel where they’re going to offer a package deal for a midweek stay there, and we’re going to invite tri-state artists and designers to come and see what’s going to be done in those spaces. The idea is to get people to think about the town in a different way, not as abandoned and nonviable, but as an opportunity waiting for someone to turn the key.

WP: Why no TV crew? The premise of remodeling a whole downtown seems like a good one for a reality show.

AW: Actually, we talked about it. I think it would be a great TV show, but the only thing about it is that we didn’t want to play into some sort of narrative about upstate versus downstate. Or fancy versus local. That’s totally what it’s not about. Our thing was that we’ve got three designers with local roots -- Donald Hill and I are essentially weekenders, and Sean Scherer is permanently in Andes -- and the rest of the team is local talent. It’s really about showcasing them. It’s not about three designers parachuting in.

WP: And the contest prize is scholarship money for a local students. Who came up with that idea?

AW: This came from Peg. She really helped crystallize the goals and the methods of this project. She said, “Instead of three designers, it should be three teams, and the teams should help showcase the talent in the area.” Students are one fourth of the teams. That’s their training: public exposure and some time with a designer, and learning the ropes, if it interests them.

WP: Can you tell me about your store design?

AW: My concept is actually viable. Meaning that I think it could really survive in that location as a retail operation. I would actually hope that someone takes my idea and thinks, “This would be a great spot for it,” or “Roxbury needs this,” and makes it happen permanently.

The barbershop takes the cake