All Tomorrow's Parties rocks the Catskills this weekend 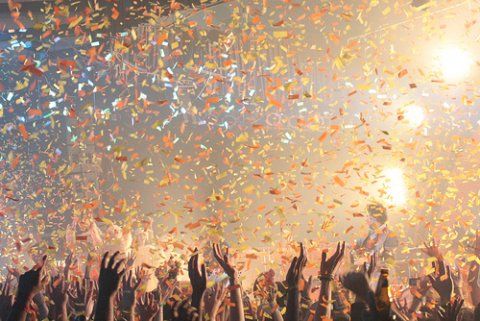 If you're one of the 2,000-odd partygoers headed for Kutsher's this weekend, we salute you. And if not, you had surely better have a good excuse. Indie music festival All Tomorrow's Parties, now in its third year, will be taking over the Monticello country club tomorrow through Sunday.

For music and pop-culture geeks of a certain persuasion, it's the high point of the year, a Cupid's arrow aimed straight at the heart of a small but ecstatically devoted demographic. And even if you're not, say, an experimental-synth-folk fetishist, we defy you not to enjoy the surreal experience of rubbing elbows with half the bands ever recorded by Steve Albini in the resort that inspired "Dirty Dancing." ATP is to moldering Borscht Belt grandeur as Woodstock is to mud.

The biggest act on the program is Iggy (as in "Pop," naturally, one of the greatest frontmen ever to grace a stage) and the Stooges. If the words "Max's Kansas City" stir any reverence in your soul, you'll want to be there Friday night. And if you had a flannel and a pulse in 1993, you'll probably be salivating over The Breeders. But with over forty bands in the lineup, many of them hailing from small niches in the music ecosystem, ATP's packed schedule can be a little intimidating for the non-savant. Prefix magazine helpfully lines up five lesser-known acts you shouldn't miss. ("Sunn O)))," anyone?) And here is fest curator Jim Jarmusch himself, sharing a few songs from bands he's chosen for ATP. (Thanks, NPR.)

Even in a region (and a nation) up to its throbbing ears in music festivals, ATP is pretty unique. Music writers are spilling plenty of ink describing what ATP is not: namely, a typical outdoor rockfest, dutifully flogging a few big acts guaranteed to flood the grounds with a tide of fist-pumping dude-bros. The Chronogram observes:

ATP is for connoisseurs of influential and cutting-edge sounds, not the usual teeming festival fodder in search of a soundtrack for a post-hot-dogs-and-mosh-pit puke-fest.

The typical weekend music festival, especially for those long of tooth and cranky of pants (say, mid-30s or older), can be a Dante-like dystopia: interminable lines, overzealous security, unreasonably priced and inedible food, watery beer, claustrophobia-inducing space, one-dimensional sounds and even port-a-potties (gasp!). This weekend, however, a far more user-friendly and multifaceted confab is thankfully smashing the hackneyed concert mold.

All this means that throughout Labor Day weekend, Monticello will be bristling with hipsters. And cameras: This thing is such a flytrap for music journalists, it's a wonder they have any tickets left for the unwashed masses. But as of this posting, ATP NY isn't sold out yet. You can still buy tickets online at their website.

We'll be keeping track of the flood of media coverage as best we can. And we've got boots on the ground: Watershed Post correspondent Barry Thompson will be filing dispatches from Kutsher's throughout the weekend. (Read his first and second installments here.) You're in good hands with Barry. Enjoy.