It ain't easy being green: Finding sustainable homes in the Catskills 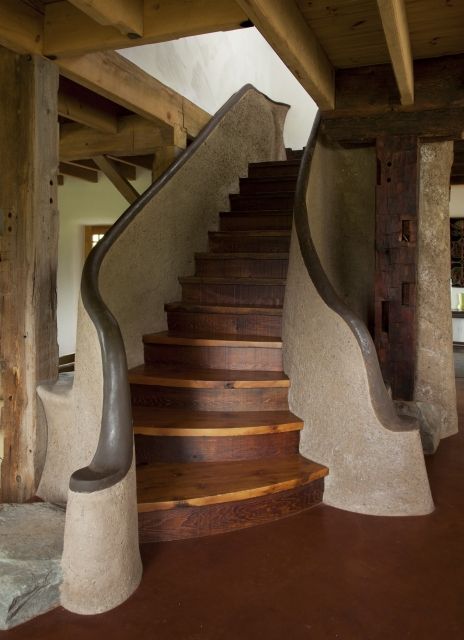 There aren't many existing “green” homes on the market, and renovating that charming old farmhouse into energy-efficiency is likely to be pricey.

The good news is that as sustainability continues to gain traction in the public consciousness, new construction increasingly takes energy efficiency into account. That means that more and more contractors and building inspectors are becoming open to doing things in new ways.

“Most sustainable homes up this way were built for owners who still live there,” says Kerhonkson realtor and green builder Paul McGinniss, who writes a column on green building for New York House Magazine and teaches a class on the subject at SUNY in Ulster County.

“There's still a huge lack of local information sources and skilled contractors," he says. "But more and more people are starting to ask these questions, and every year there are more products and alternatives out there that are becoming more affordable. In the past year or two, we're starting to see more momentum.”

Some energy-related issues are obvious, such as having a southern exposure to take advantage of the heat of the sun in the winter. Some are harder to see – like finding all the drafts in a century-old house.

McGinniss advises seeking out a home inspector who's up to speed on green and being present for the inspection. Once you find a property with possibilities, reach out to the growing network of sustainability specialists for further information.

“Companies who install solar or geothermal systems often offer a free assessment,” he points out. “If it's a big priority, it might be worth your while to pay an expert to take a look.” One of the most revealing investigations, a blower door test, can help you determine how much a house leaks and where.

For most homes built in the 20th century, the answers will probably be “quite a bit” and “lots of places.” A study of Ulster County housing by the Cornell Cooperative Extension found that the average home would require between $8,000 and $13,000 invested to reach just 35% energy efficiency.

After you've bought a place, the energy auditing and renovation assistance offered through New York State's Energy Research and Development Authority can help you make your new digs as green as possible.

And that, it would seem, is what's up with energy-efficient housing in the Catskills right now: the art of the possible.

“If you're buying a big old farmhouse and planning an energy upgrade, you're not likely to get to better than 50 percent efficient without a total gut,” says Clark Sanders of Meredith, a pioneer in straw-bale construction since the 1970s. (Sanders' fanciful and intricate straw-bale and stone houses were featured in a New York Times article last summer.)

“If you're building new and looking for energy efficiency, you have a lot more choices, but it can still be a challenge to locate a contractor who's willing to change their ways," he says. "But 'green' has become a powerful sales tool and catch phrase, and I'm glad of that.”

So if you want a green, sustainable home in the Catskills, you're going to have to work at it. But the results can be sublime; so much so that you'll probably never want to leave.