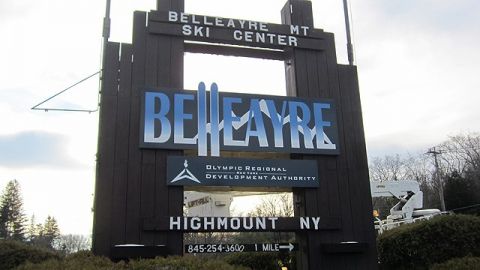 The regional authority that runs Belleayre Mountain Ski Center in the Catskills, along with Gore and Whiteface in the Adirondacks, has some troubling financial problems, according to a new audit released Wednesday by the New York State Comptroller's Office.

The audit has been in the works since March of 2013, when state comptroller Thomas DiNapoli announced that his office would be taking a closer look at the authority's finances.

In the audit report (embedded below), DiNapoli found that the Olympic Regional Development Authority (ORDA) has racked up $45 million in losses in a three-year period from 2010 to 2013.

The authority took over management of Belleayre in 2012. The mountain was previously run by the state Department of Environmental Conservation.

The audit found fault with several aspects of ORDA's management of Belleayre. In one instance, auditors wrote, ORDA awarded a contract for ski rental equipment concessions at Belleayre to an outside company without seeking competitive bids. The authority should open up the process to competition, the audit report stated:

Without an open, competitive process for procuring revenue-generating concessionaire services, ORDA may not obtain the most profitable arrangements possible.

State auditors also singled out Belleayre's contract with the Belleayre Conservatory, which runs music events at the mountain during the summer months, for criticism. Auditors wrote that ORDA's agreement of providing security and setup for the shows without receiving any ticket revenue was not a fair arrangement, and that the authority should pursue a better contract. The audit report notes that the contract was already in place when ORDA took over management of Belleayre.

The audit report also criticized Belleayre's ticket practices, stating that ORDA should be more "proactive" about accounting for ticket vouchers that are given to local businesses, who sell them to their customers and split the revenue with ORDA after the vouchers are sold.

ORDA also failed to properly keep track of the spending of a $5 million NY Works grant, of which $1 million was earmarked for Belleayre upgrades, the audit report claims.

Among ORDA's general practices criticized in the audit were the following:

To address financial issues at ORDA, DiNapoli said, the authority should develop better ongoing budget planning, pay closer scrutiny to its contracts with sponsors, and attempt to make more of its bid processes competitive, among other measures.

“ORDA’s continuing struggles to maintain fiscal balance show that the authority needs to explore new ways to save costs and commit to sound financial planning going forward,” DiNapoli said in a prepared statement. “ORDA needs to develop a realistic and detailed multiyear financial plan to build its cash reserves and maintain operations for the economic benefit of local communities, as well as the tens of thousands of people who enjoy its attractions.”

In a lengthy letter attached to the audit, ORDA's finance director, Padraig Power, states that ORDA will take steps to address the comptroller's concerns, defends some ORDA practices, and takes issue with several of the audit's findings. Also attached to the audit is a list of comments on Power's letter, written by the auditors.

In Power's letter, he notes that ORDA faces special challenges unique among state authorities because of the weather-dependent nature of the ski business.

"ORDA is not the typical state authority in terms of lines of business and revenue streams," Power writes. "Along with the unpredictable factors of weather and seasonal tourism, it's unrealistic to think that an on-going budget or multi-year plan could resolve the financial struggles the organization encounters on an annual basis."

The last major state audit of ORDA's finances, in 2005, found a number of issues that troubled the comptroller's office, including "lax financial controls" and problems with the authority's governing board.

Local businesses, organizations and Belleayre skiers: Do you have a reaction to the recent ORDA audit? Let us know with a comment below.

Embedded below: The full text of the audit report, released Wednesday, July 9, 2014.">