ORDA to face a state audit 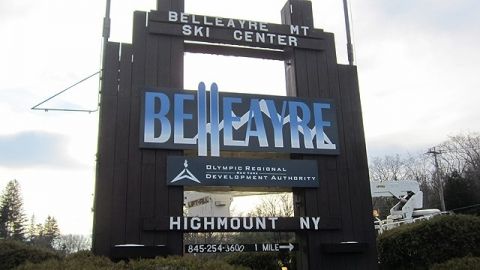 Above: A sign at the entrance to Belleayre Mountain, a state-owned ski resort whose management was transferred from the Department of Environmental Conservation to the Olympic Regional Development Authority in 2012. Source: Belleayre Mountain's Facebook page.

State comptroller Thomas DiNapoli is worried about the finances of the Olympic Regional Development Authority, a public authority that operates several Adirondack ski centers, and recently took over management of Belleayre Mountain in the Catskills. This week, DiNapoli announced that his office will conduct a full audit of ORDA's financial practices.

A preliminary report by DiNapoli's office (embedded below) found that ORDA racked up operating losses of $16.9 million in 2012 -- a disappointing year for ski resorts across the Northeast, in which the unusually warm winter of 2011-2012 kept skiers off the slopes for much of the season.

In an interview with the Adirondack Daily Enterprise, deputy comptroller Pete Grannis -- a former Department of Environmental Conservation commissioner -- said that the audit was meant to help ORDA operate more efficiently, not to condemn the authority's practices:

"This is a small authority that is taking on more responsibility, and I think there were just concerns about whether or not there might be more efficiencies and a better way to do things that might benefit the ORDA bottom line and their general day-to-day operations," he said. "There was no flash point; there was no key issue that gave rise to our decision to go ahead with an audit."

The Adirondack Daily Enterprise also notes that ORDA's annual funding from New York State has been reduced drastically over the past few years, from $8 million in 2008 to $4.7 million in 2012.

“Public authorities are an increasingly influential sphere of government, but they still operate in the shadows with too little accountability to the public,” DiNapoli said. “The Public Authorities Reform Act of 2009 made some progress in improving oversight but more needs to be done to curb the state’s overreliance on public authorities issuing debt without voter approval.”