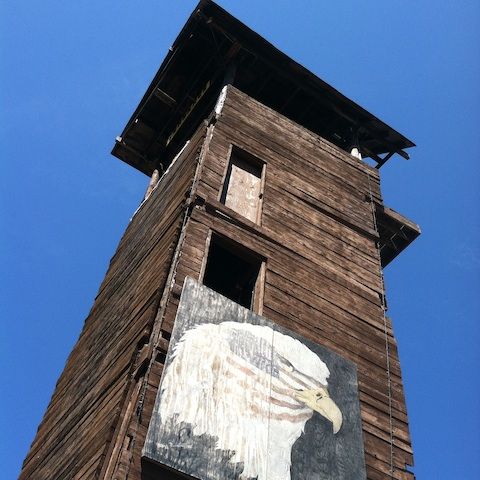 Tom Crucet built a 65-foot-tall rappelling tower in Phoenicia because he knew it would be fun. Thirty years later, it still is.

“It’s one of the joys of my life,” says Crucet, who is a lawyer by trade and has been a town justice for 17 years. “I loved doing it when I was in the military.”

Rappelling was just one of the skills Crucet mastered during his tenure as a Green Beret with the U.S. Army’s Special Forces: He also parachutes and scuba dives.

Crucet uses his Sundance Rappel Tower to teach skills to groups of Boy and Girl Scouts, firefighters and other rescue workers, rock climbers and anyone else who wants to learn how to descend a vertical obstacle using ropes.

Open year-round on weekends by appointment only, the tower offers four levels of training to groups of eight to 22 people. The sessions cost $25 per person and last about a half-day. The first part is about 40 minutes of classroom training, and the remainder of the instruction is devoted to practicing skills on the tower.

Some students come for one lesson. Others camp out nearby for a weekend and spend several days honing their skills, Crucet said.

Below: Climbers in action at the Sundance Rappel Tower. Photo by Marybeth Mills. 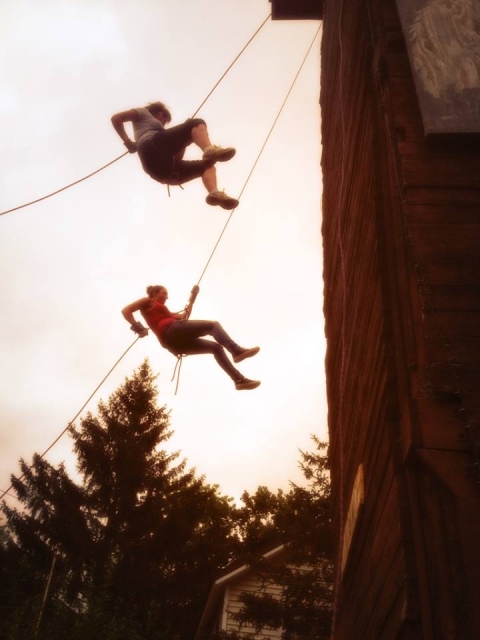