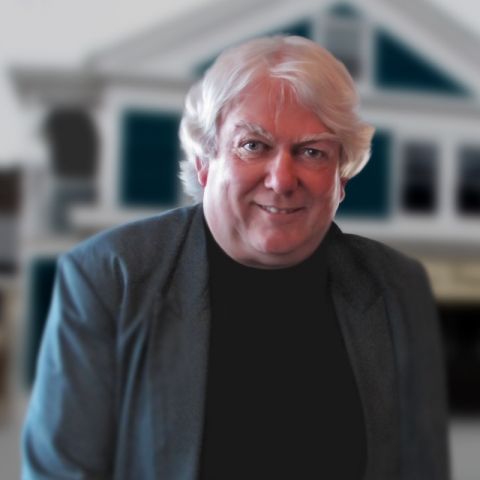 Phil Lenihan, the 61-year-old owner of an eclectic series of businesses that were revitalizing the town Roxbury in Delaware County, died suddenly on Friday, Oct. 31.

Phil Lenihan had various careers as a punk band manager, classics scholar, and paralegal before he founded the Orphic Gallery, the Eight Track Museum, and the Roxbury Corner Store in 2010.

"I would call Phillip the quintessential bon vivant," said Megan McManemin, one of his younger sisters who lives in Dallas, Texas.

"He always tried to go out and have a party," said Reginald Oberlag, a friend from Lenihan's punk days in the 1980s who followed Lenihan's lead and moved up to the Catskills. "He was irrepressible."

According to Oberlag and to Lenihan's family, Lenihan died on Halloween night, in costume, on his way to a Halloween party in the Ulster County town of Woodstock. He was found near the village green in the evening, unresponsive. The cause of death was apparently a heart attack.

Above: Lenihan's costume on Halloween, Oct. 31. Photo by Amy Liddle.

To his friends and family, it seemed fitting that Lenihan died as he lived--having a good time.

"In true Lenihan fashion, we found solace in the fact that he died in his Halloween costume," said McManemin.

Lenihan was dressed as the Roxbury town constable, complete with mirrored sunglasses, a hat, handcuffs, and a badge he had purchased on eBay.

The real Roxbury town constable, Stephen Williamson, was one of Lenihan's many friends.

"He was such a nice man. Just a good guy," Williamson said this week. "It was a total shock when I found out that he had passed away."

According to Peg Ellsworth, a friend and neighbor, Lenihan made the rounds the afternoon before he died.

"He visited nearly everyone and everyone," she said. "He went out in full regalia. He left us all with a smile on our faces."

Lenihan was born in 1953 in Waltham, Massachusetts, the second of eight children in a large Navy family. His father, Jeremiah Edward Lenihan, was a nuclear submarine commander, according to an obituary released by the family.

Eventually, the Lenhihans settled in Texas. Lenihan graduated from Jesuit College Prep in Dallas in 1971, and went on to the University of Texas, where he ended up spending seven years pursuing a four-year degree.

At UT, Lenihan fell into Austin's nascent punk scene as an impresario and promoter.

One of the bands he managed was called The Reversible Cords. It took its name from the reversible cord found on an iron, according to Lynn Keller, the band's singer.

Keller remembers how Lenihan became the band's manager in 1978:

"One day, Phil showed up at our concert. He was 25 years old, and he would come to the punk shows in a suit. So Phil walks up to me in a suit. He looks at me and he's like, 'I'm supposed to be your manager.'"

It was a classic Lenihan move, Keller said.

In Austin, Lenihan became part of a collective that published an underground punk magazine called Sluggo. There, he met Oberlag, an editor on the 'zine.

Lenihan, Oberlag, and six other Sluggo collaborators moved to San Francisco in 1980 to publish the magazine. There, Lenihan began studying classical Greek and Sanskrit language and literature at the University of California at Berkeley. Eventually, he earned his master's degree in classics at the University of Chicago in 1995.

At the same time, Lenihan worked as a paralegal, doing legal research for law firms in San Francisco and New York that were engaged in complex multinational arbitrations and patent law.

Lenihan moved to the Catskills, living in Woodstock and, for a time, in a building that housed a former diner in Phoenicia, according to Oberlag. He found work at H. Houst & Son, Woodstock's Main Street hardware store.

In 2010, Lenihan moved west along Route 28, buying an enormous vacant building on the corner of of Roxbury's Main Street. He painted it bright blue-green and installed an art gallery, a newsstand, a gift shop, and a museum devoted to eight track tapes. He curated a series of gallery shows featuring artists who, like him, had twin passions for art and music.

The gallery's current show is a collection of hand-made postal stamps and posters made by Didier Cremieux, featuring renderings of famous Catskills musicians, including legendary fiddler Hilt Kelly.

His neighbors in Roxbury say that with the Orphic Gallery, Lenihan anchored a renaissance of new businesses opening on Roxbury's Main Street.

"Phil was a game-changer for Roxbury," said Peg Ellsworth, the executive director of the MARK Project, a rural development organization that helps fund small businesses in the town.

"He was the first recipient of the New York Main Street grant program," she said. "He brought that building back to life, and caused it to be the backbone of our downtown."

Other businesses soon followed, including a café, a liquor store, and a general store.

"Every weekend he had an event going on," said Jill Ribich, a photographer who opened a studio across from the Orphic Gallery. "He kept the lights on on Main Street."

Lenihan threw himself into community work, volunteering for the local radio station, WIOX 91.3 FM, and becoming the vice president of the newly-created Greater Roxbury Business Association, which aimed to nourish new businesses in the community.

"Phil Lenihan was a shining star on Main Street Roxbury," said Joseph Massa, a founding member of the business association who is the co-owner of the Roxbury Motel.

"His efforts to revitalize Roxbury and the Catskill region were outstanding and truly significant. His contributions to art, music and film in the Catskills will echo through our hills for many years to come."

And he was only getting started, his friends say.

"He really had fallen into his stride, and was very happy with all of his life up here," Oberlag said.

Instead of a funeral, there will be a party in Lenihan's honor at the Orphic Gallery on Nov. 9. "Phil's Last Big Party" is open to the public. Guests are invited to bring food and refreshments and to speak or play music.

Below: A video tribute to Lenihan by Jessica Vecchione.

This weekend: The Eight Track Museum opens in Roxbury