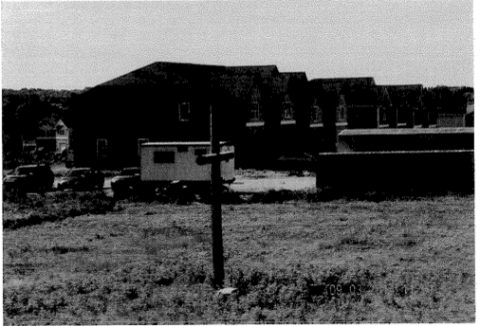 On Monday, September 8, a group of plaintiffs filed a federal lawsuit accusing the town of Mamakating and the village of Bloomingburg of engaging in "pervasive, government-sponsored religious discrimination" against Hasidic Jews.

The plaintiffs ask the US District Court's Southern District of New York to prevent the village of Bloomingburg from voting to dissolve itself on September 30. They also ask for $25 million in damages.

Developer Shalom Lamm's plans to build a 396-home housing development have prompted violent controversy in Bloomingburg, a tiny Sullivan County village in the town of Mamakating. Since January, there has been an FBI investigation into charges that Lamm orchestrated voter fraud, a contentious election, multiple court cases, and the dissolution of the village planning board after a State Supreme Court judge ordered it to consider the permit application of a private school for Hasidic girls. In July, there was a spate of vandalism in buildings that Lamm owns on Main Street.

The federal discrimination lawsuit was filed by Lamm's development company, several Hasidic families, a religious school that plans to open in the village, and several other parties against the village of Bloomingburg, the town of Mamakating, and a host of elected officials in both.

According to the lawsuit, the village of Bloomingburg's attempt to dissolve itself is another move to block the influx of Hasidic Jews into the town:

Having suspended development and dissolved the Village Planning board, the Village of Bloomingburg is now threatening to dissolve itself. Bloomingburg has scheduled a September 30, 2014 referendum at which it will ask its residents to dissolve the Village and cede all jurisdiction to the Town of Mamakating ...[T]he village hopes that by dissolving itself, it may undo prior zoning and subdivision approvals for Jewish-owned development projects, cause Plaintiffs further discouragement and delay by impairing their constitutional rights, and wholly avoid its current court-ordered obligations. These actions are unmistakably motivated by discriminatory animus against the religion of the people who are moving into Bloomginburg.

The lawsuit notes that the September 30 referendum has been scheduled during the Jewish High Holy Days, and speculates that this timing was perhaps intended to prevent Hasidic Jews from voting.

The 66-page lawsuit chronicles many disturbing examples of aggression and violence directed towards Hasidic Jews in Bloomingburg.

The complaint includes a photo of a 20-foot-high wooden cross that was built next to Lamm's housing development. It claims that locals have placed bumper stickers depicting a red circle with a line through it over an image of a Hasidic man on their cars.

It describes an incident in August where the Bloomingburg building code enforcement officer broke up the morning prayers of a group of 100 visiting Jewish students in a private building.

One sections lists comments on news stories that call the Hasidic Jews "parasites," "scum," and joke about solving the problem with a "tactical nuke" and a "Final Solution." It also claims that workers on the housing development have "been the subject of smashed car windshields, tossed beer bottles, and have even been told to 'die, you Jew lover.'"

Hasidic residents have been threatened and cursed in the streets of the village, the complaint states:

Angry protestors have hectored and cursed at Orthodox Jewish women as they push baby strollers through the streets ... Hasidic residents have been cursed at while walking to religious services, with one 17-year-old girl being yelled at to "eat shit and die.' Inflammatory comments like this are met with the overwhelming approvals of the crowds of protestors. Coffee cups have been hurled at members of the Hasidic community while walking through the streets of Bloomingburg.

Yesterday, the New York Post interviewed Bloomingburg's former deputy mayor, Clifford Teich, who told the paper that the violence and aggression have gone both ways. But he also made it clear that there is quite a bit of animus directed at the Hasidic community in Bloomingburg:

[Teich] told The Post that “nobody wants the Hasidics here because there was a lie to bring them in.”

Teich said he voted to approve a new, gated community of 125 luxury homes with an 18-hole golf course, swimming pools and tennis courts that village residents could use. However, the original developer, Duane Roe sold the property to Lamm, who upped the plan to 396 townhouses, Teich added.

“I have nothing against the Hasidics — I’m Jewish myself, and they have a right to live anywhere, it’s the United States — but I was dealt a phony deck of cards,” Teich said.

“They dangled the carrot in front of me, and it turned into an onion.”

Teich said anger over the new development led to his ouster from office. He claims he got death threats and that his wife’s car window was shot out after he criticized the influx of Hasidic residents earlier this year.

Read the full text of the lawsuit below.