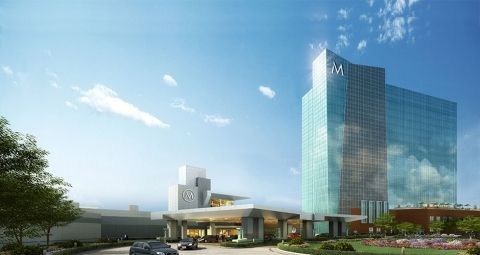 The prize casino developers have been vying for all year is almost at hand. The New York State Gaming Facility Location Board is scheduled to announce plans to build up to four casino resorts across the state--with two possibly slated for development in the Catskills--later this month.

But the economic impact of casino resorts may not be as big as developers and Gov. Andrew Cuomo hope.

In an article on Thursday, Nov. 6, the New York Times tells how a casino resort built in the Poconos in 2006 has failed to live up the promises of developers and elected officials. The hope was that the casino would revive the economy of the whole region, a Pennsylvania mountain resort area that thrived in the mid-20th century.

The NYT reporters reviewed Mount Airy Casino Resort's earnings and talked to locals about whether they're seeing more customers since its opening.

The results are disappointing:

Seven years after opening, the Mount Airy Casino Resort has fewer than half of the hotel rooms envisioned by developers, and a third of the slot machines promised in news releases. It has generated about half of the slot revenue forecast by Pennsylvania officials, and little economic spillover has occurred outside the resort. Expansion plans have long since been shelved.

[B]usinesses outside the Mount Airy have enjoyed little overflow, said Karen Struckle, owner of the Casino Theatre, a child-friendly burger restaurant with a pint-size movie hall.

“It didn’t hurt us in any way, but on the other hand, when they were discussing it, people were saying, ‘It’s going to bring traffic, and it’s going to be good for the town,’ ” she said. “I don’t see that.”

Still, hope springs eternal for casinos in the Catskills and the Hudson Valley, the region that has the fiercest competition in the complicated state bidding process, where nine proposals are vying for two possible slots.

Only three of those proposals are in the Catskills, at the sites of the former Concord Resort Hotel in Monticello and the former Nevele Grande Resort in Ellenville. The rest are in Orange County, which is closer to New York City's millions of residents and therefore richer ground for development. (See the Times Herald-Record's Casino Watch page and the Binghamton Press & Sun-Bulletin for more info on each proposal. )

The developers are doing their best to sweeten their deals with promises of support for Catskills economic development.

On Monday, Nov. 10, Mohegan Sun, which is proposing to build a casino in Monticello, promised to dedicate 0.5% of its gross gaming revenue to a marketing and tourism fund for the Catskills, according to Capital.

The Times Herald-Record went to the Gaming Facility Location Board's meeting on Monday, Nov. 10, only to hear the board say that a decision won't be forthcoming until at least Nov. 21, and maybe after that. This is already a bit late--the timeline on the Gaming Commission's website has a decision slated for "early fall."

Catskills casinos threatened by Orange County rivals
It's official: The Nevele ain't what it used to be
A tale of abandoned Catskills
"At the Nevele, there's so much to do"
Joel Hoffman loses custody of Nevele