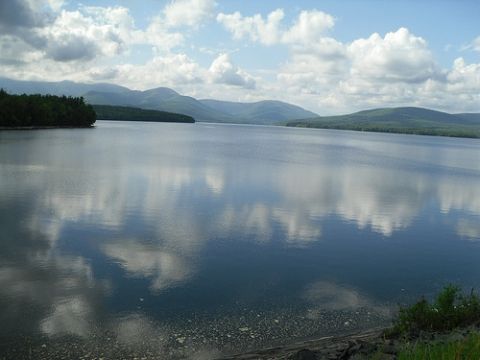 Two towns in New York City's Catskills watershed passed bans on gas drilling on Tuesday: Andes, near the Pepacton Reservoir in Delaware County, and Olive, near the Ashokan Reservoir in Ulster County. Both Andes and Olive had previously passed temporary moratoriums on the practice.

Because of their overlap with the watershed that supplies New York City's drinking water, neither town was likely to see gas drilling, at least in the near future. But both had large citizen movements in support of passing a ban, in case the Department of Environmental Conservation reverses its current stance against drilling within the New York City watershed.

The town has been working closely with anti-drilling activists on the law -- so closely, in fact, that after the vote was taken, Christina Himberger of Olive Defense Against Fracking issued a press release on behalf of the town.

Leifeld told the Watershed Post that he had authorized the group to speak on the town's behalf in the release.

"They asked me to sign it, yes. They wanted to get it out there," he said. "[The press release is] mine. She acted as my secretary at that particular point, because they were in on this from the beginning."

Also explicitly permitted under Andes's new law: Helipads. Unlikely as it sounds, the tiny town already has a helipad -- built by Andreas Gerdes, a flashy tech entrepreneur who bought a historic Main Street mansion in 2005 and set about outfitting downtown Andes with free wifi.

Andes Local Law 3 of 2013: A local law to regulate heavy industry in the town of Andes by Watershed Post