Hikers threatened at gunpoint in Windham 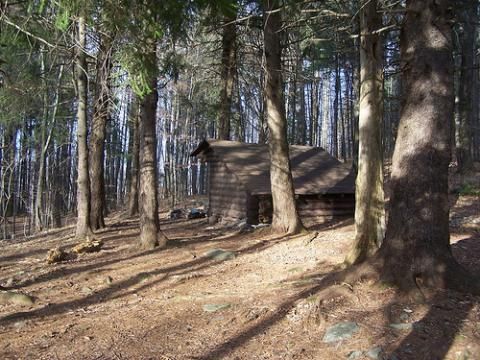 A group of hikers ascending the Elm Ridge Trail in Windham on Friday, December 2, were expecting a chilly night in a drafty lean-to. But they got a little more adventure than they bargained for: Several men who were already camping there allegedly threatened one hiker with a shotgun, in front of her ten-year-old daughter.

The Greene County Sheriff's Office told the Watershed Post that 26-year-old Garden City resident Patrick J. McDonald has been charged with menacing in the second degree as a result of the incident. The state Department of Environmental Conservation has also issued tickets to McDonald and two other Garden City men, 60-year-old Patrick McDonald and 20-year-old John McDonald, for various violations.

Sudha Pamidimukkala, a Marlboro, New Jersey resident who's been hiking Catskills peaks for years, said that she was intending to camp at the Elm Ridge lean-to on Friday night with a group of four hikers -- herself, two fellow members of the Hudson Valley Hikers group, Pamidimukkala's ten-year-old daughter Rhea, and a dog named Molly.

But upon reaching the lean-to around 11pm, Pamidimukkala said, they found it sealed up with plastic.

At first, she said, the group thought the lean-to was being repaired. But then a man emerged from the lean-to, and the two groups began arguing.

"I started to say to him, 'We are looking to camp here.' And he completely got out of control, cursing and saying, 'We're here already, get out of here.' I said, 'It doesn't matter that you're here, it's not a private place, this is a public place. Everybody has the right to be here.'"

Pamidimukkala said that after the first man came out, a second man came out of the lean-to and pushed her to the ground.

"I fell back. I had a big backpack, I landed on my backpack. He kept kicking it so I couldn't get up, saying 'Get out of here,' cursing and kicking," she said.

Meanwhile, she said, the first man went back into the lean-to to get a shotgun.

The group then hiked about a mile back to the trailhead on Peck Road -- followed by the men from the lean-to, who got in their car and pursued them down Peck Road. Along the way, they called a DEC officer for help, who responded to the incident along with several Greene County sheriff's deputies.

Pamidimukkala recently posted about the incident on a Hudson Valley Hikers meetup board, and emailed the group's listserv. Since then, the story has been making the rounds among Catskills and Hudson Valley hikers and campers.

Pamidimukkala said that she often does night and winter hikes, and has never before worried about the wisdom of hiking alone until last weekend.

"If I were alone, I probably would have gotten shot, because I would have been so stubborn. I only felt scared because of my daughter," she said. "She had tears flowing down her face the entire time. I kept telling her, 'It's okay, it will be okay.'"