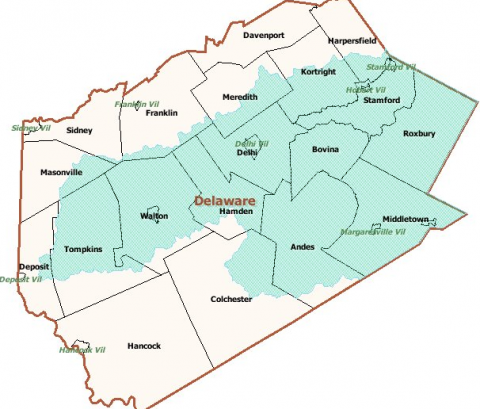 On Friday, August 19, the citizens of Andes will have the chance to weigh in on the controversial issue of hydraulic fracturing, at a town-sponsored public forum on the issue.

The forum will be held at 7pm at the Andes Central School. USGS hydrogeologist William Kappel will be the keynote speaker. There will be a signup sheet at the forum for anyone who wants to speak; speakers who sign up to give their comments will be limited to three minutes each.

The forum was anounced at the regular meeting of the Andes town council last night, whose members voted 3-0 in favor of scheduling the forum. Councilman Ritchie Gabriel abstained from voting, noting that he would not be able to attend the forum, and Shayne Moshier was not in attendance.

Like many town governments in the region, the Andes town council has been under increasing pressure to address the issue of gas drilling, as the state Department of Environmental Conservation gets closer to finalizing the regulations that will allow hydraulic fracturing and horizontal drilling in New York State. At the July town meeting, the Catskill Mountain News reported, several people in attendance pressed town supervisor Martin Donnelly to hold a public forum on the issue.

Because of its location in the New York City watershed, it is unlikely that hydraulic fracturing will occur in Andes anytime soon -- although heavy truck traffic from fracking occurring outside the town's borders could have a significant impact on the town, even if no wells are sited within Andes itself.

In its latest draft of the regulations that will govern hydraulic fracturing in New York State, the Department of Environmental Conservation seeks to ban the process in and around New York City's unfiltered watershed, as well as in Syracuse's unfiltered Skaneateles watershed and in the vicinity of major aquifers.

At the town meeting, Andes resident Bob Lidsky, who has been an outspoken critic of hydraulic fracturing, read a letter to the town council urging them not to rely on New York City watershed regulations to protect the town, but to enact local legislation to ban gas drilling within town borders.

"Andes must implement a comprehensive plan and zoning law prohibiting heavy industry which includes fracking as many other towns have done," Lidsky said. "By adopting this stance and making it law according to Andes' right to home rule, Andes will get the competitive advantage over towns that favor drilling. In this difficult financial environment, it will give people the confidence to come here, buy here, and stay here."

(Lidsky's letter erroneously stated that the DEC did not seek to ban drilling in the watershed outright; to be fair, the DEC has waffled considerably on this issue over the last year or so.)

At last night's meeting, Donnelly told the council that Oneonta planning consultant Margery Merzig had already drafted a potential local law that would govern hydraulic fracturing, but did not offer any details on what provisions it contained. Merzig is the principal of Keough Consulting, and is also the wife of Andes town attorney David Merzig.