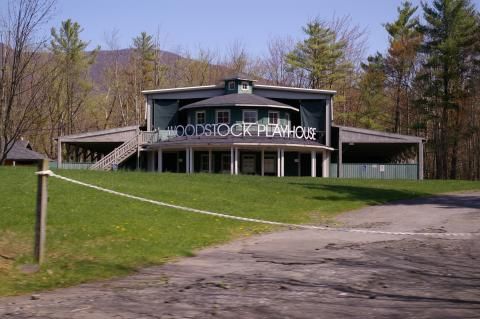 On Wednesday, the Woodstock Playhouse Board President, Joan Spitz Roberts, put out a plea on the Playhouse's Facebook page in which she begged for help staving off a looming foreclosure:

In February 2010 one of our Mortgagors felt it necessary to begin foreclosure proceedings against the Woodstock Arts Board/Woodstock Playhouse. ... While we certainly understand this business decision, we realize that we have a small window of time to try and save the Playhouse. The mortgages add up to about $415,000 on a property worth $1,500,000 even in today's market.

The press release caught the attention of the Daily Freeman, which interviewed Roberts yesterday:

Playhouse board President Joan Roberts said on Thursday that mortgage holder Ulster Savings Bank issued foreclosure notices in February after the facility fell about a year behind on its $2,700-per-month payments ... “I’m hoping to get a plan,” Roberts said. “I’m hoping to get enough people who care about it enough to make a plan, stick to it and get it out of where is it.”

Robert's written "Save the Woodstock Playhouse" message, which is also posted on its website, ends on a similar note:

In the grand scheme of things, $415,000 is a drop in the bucket. With a successful venue once again in operation, raising the money to fully enclose the space would then have a drive from a Board of Directors that could concentrate on just that - raising the money! In my heart, I can't think of the Playhouse project as being over. I know that there are people out there who feel as strongly as I do. We just need to all come together to make this work. The Boards from the Banks - Ulster Savings Bank & Rondout Savings Bank - plus the leading movers and shakers in Town - THIS IS THE WOODSTOCK PLAYHOUSE! It's not just another business. It's been in town in one form or another since 1928. Hallowed ground?

The Playhouse already has one back-from-the-brink rescue in its past.  In 1988, Woodstock community members bought the property and rebuilt it after it was torched by an arsonist. Whether the town can pull off a second miracle remains to be seen. But if the Rosendale Theatre can do it, why can't Woodstock?