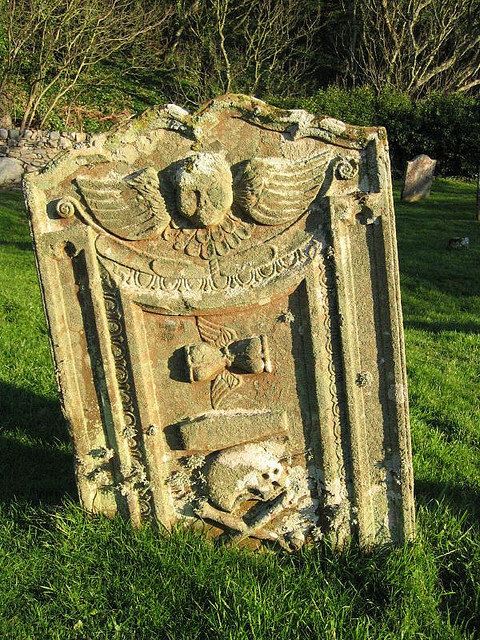 When newspapers die, there's no headstone to mark their passing. But I'd like to imagine that somewhere in the Catskill mountains, in a clearing on a hillside ringed with a crumbling stone wall, there's a little plot where mourning readers can pay their respects.

There are teetering slabs, their inscriptions barely legible, for long-dead circulars with bold names: the Hancock True Flag, the Pine Hill Sentinel, the Star of Delaware. There is a sober obelisk for the New York State Newspaper Project, fallen in 2007 after twenty years of working to preserve the state's news history. And there's a depressingly large section full of freshly-dug graves and shiny granite blocks, where two sisters, ages nine and seven, will be interred this week: the Phoenicia Times and the Olive Press.

The demise of the two papers, both owned and operated by publisher Brian Powers, will leave the rural Catskills towns of Shandaken (pop. 3,235) and Olive (pop. 4,579) without a hometown newspaper. (A rival independent Shandaken-based newspaper, the Ulster County Townsman, died last year after half a century of publication.)

This week's issues of the Phoenicia Times and Olive Press, slated for publication on Thursday, October 7, will be the last.

These are bleak times for newspapers both large and small. Powers, who's been the papers' sole owner and financial backer since the beginning, tells an all-too-familiar story.

“The reality is we, like every newspaper, have been having a very difficult couple of years," he says. "Newspapers are the first ones to feel the problems in the local economy. The last two years in Ulster County and the Catskills have been very difficult."

In the context of the industry-wide meltdown that has seized the news business over the last few years, the Phoenicia Times is going out with dignity.That is, it's not going spectacularly bankrupt, selling for a dollar, or being put up on the auction block.

“We have no debts," Powers says. "We'll continue operating as we wind down the paper's business."

In the summer of 2001, Powers tapped Paul Smart, a veteran of the local news scene, to edit the Phoenicia Times, which he launched as a free bi-weekly. Two years later, Powers and Smart launched the Olive Press, another free paper running twice a month, which shared much of the Phoenicia Times's content. Together, the two papers had a combined run of about 10,000 copies, about half of which were mailed for free to households in their coverage area.

When asked how long the newsroom had known about the papers' closing, Smart chuckled.

“That begs the question of what the newsroom is,” he says.

Smart's been editing both papers out of his house for years, while moonlighting for the Woodstock Times and other local papers.

“At first we kept an office. We started out at Upstate Art – where The Arts Upstairs is now – up in the window over Brio's [on Phoenicia's Main Street],” he says. “But it meant people were popping by all the time. Eventually we moved into the boiler room behind Phoenicia Liquors, where it was so hot, fewer people stopped by.”

The papers' other contributors work out of their homes as reporters, columnists, ad salespeople, photographers, and graphic designers. An ad in the September 23 issue of the Phoenicia Times captured their mood these days.

“Talented Individuals Looking For Work,” it reads. “We know and cherish this area; we are hard-working and creative; we know how to meet deadlines, week in and week out … We wish we could keep on doing what we do with you forever but the curtain’s closing, the lights are being turned off, and we need new starts.”

More than most local newspapers in the region, the Phoenicia Times has a big personality, charming and colorful and a little rough around the edges – much like the town itself. It's packed with oddments like the "Municipal I Ching," a vocabulary column (in the September 23 issue, we learned the words “zoosemiotics” and “rusticate”), and a pastiche of overheard tidbits from around town called “Heard By A Bird.”

Throughout their short lifespans, the Phoenicia Times and Olive Press have earned a reputation for anti-establishment leanings and lefty politics. (In 2006, a cameo appearance by Powers in a cranky New York Times column about Phoenicia propelled the paper into a brief war with the right-leaning Ulster County Townsman.)

If there's been a single defining issue for the two papers, it is surely the controversy over the proposed Belleayre Resort development project, a topic that they have covered doggedly since their early days. Their thorough (and unabashedly muckraking) coverage of the issue landed Powers and Smart in some legal trouble.

In March of 2008, the Phoenicia Times printed a letter to the editor about the Belleayre project in which the author, who signed herself “Bonnie Grant,” accused developer Dean Gitter of paying off politicians. Gitter sued the Phoenicia Times for libel. (We contacted a publicist for one of Gitter's projects last week in an attempt to interview him about the demise of his old nemesis, but we never heard back.)

The libel case was dismissed in state Supreme Court last year – but although the Phoenicia Times won, the case still cost the paper in hefty legal fees.

Still, Powers doesn't regret tussling with Gitter. Indeed, he's proud of the role the paper has played in the ongoing debate. He writes us via email:

In 2004, I think our coverage of the proposed Belleayre Resort's DEC "Issues Conference" proved a turning point for that project's future. That summer I sat through every hour of expert testimony for weeks, usually as the only press in attendance. Many journalists who couldn’t be there were reading those accounts online and some were calling me to stay updated.

He compares the Phoenicia Times's role in the Belleayre debate to Abraham Lustgarten's relentless coverage of hydraulic fracturing for ProPublica.

It woke people up throughout the region to the actual dimensions of a major problem as it was unfolding.

Some years ago, Smart got himself into hot water with Olive Matters, a group organized to fight a new property tax provision called the “Large Parcel” legislation. The local Onteora school board had recently enacted the law, which was massively unpopular in Olive because it shifted some of the school tax burden from the neighboring towns onto Olive property owners.

“They were this 'Don't tread on us' Tea Party precursor," Smart says of Olive Matters. "They were angry about the way I kept describing [the Large Parcel debate] in these flat terms that didn't take sides."

Smart asked Olive Matters organizers if he could go to one of the group's meetings.

The newspapers' lefty reputation belies a more unpredictable tendency to seek out interesting voices. Recently, Smart says, he earned the gratitude of a newly-formed local Tea Party chapter for a sympathetic profile he ran of their fledgling organization.

Slim hopes for the future

In the August 26 issues, Powers reached out to readers in a letter, in the hopes that investors might come forward to help the papers get by.

“I had many responses to that public appeal, but none that would have made it possible for us to continue,” he says.

Powers says he hasn't entirely lost faith that the papers could rise again. He says he mulled over the idea of scaling back, but he believes that for the papers to succeed, they would have had to grow in reach and readership, not shrink.

“I am not in any way ruling out the possibility of coming back at the beginning of next year with a slightly reconceptualized version of what we're doing,” he says. “This notion of micro-community newspapers that are advertiser-supported and delivered to everyone in the community – that is what newspapers will be in 10 or 20 or 30 years."

For the papers' last issues, Smart says, he isn't planning to dwell too much on goodbyes, though he may pick something special for the regular “POV” column, which draws on great writings of yore.

“I've already run Eisenhower's farewell speech," he says. "I don't know – I'm thinking maybe something about a new beginning, or perhaps the flooding of the world by a vengeful God. There'll be a nice level of healthy humor throughout it all, which I think we've always maintained.”

For now, the phoeniciatimes.com website, with its archives of both papers going back to 2003, will stay online as a resource for the community. And we haven't seen the last of Smart. He'll continue writing for Ulster Publishing, and he's getting involved in one of the brighter spots in the local media landscape: WGXC, a new high-power FM radio station that will serve Greene and Columbia Counties when it goes on the air later this fall.

Hopefully some of the other newspapers in the region – the Woodstock Times, the Catskill Mountain News, the Kingston Daily Freeman – will pick up some of the slack in the Shandaken/Olive news department. (We'll do what we can here at the Watershed Post to keep a steady stream of news flowing in Shandaken and Olive.)

But there's no question that the loss of the Phoenicia Times and Olive Press will leave a hole.

“It clearly had a unique flavor about it. I think our papers have been very unique in that way,” Powers says. “But what's more unique, and what I'm afraid in the end will be missed, is the quality and seriousness of the reporting. It's harder and harder for news organizations to do these things. People think newspapers are some massive corporate infrastructure that processes their news. It's more like a handful of really dedicated people who have devoted themselves to informing their neighbors.”

Smart says that the paper is planning to hold a big Halloween farewell dance party on October 29, with local music writer Tony Fletcher as DJ. (Ironically, it's going to be held at the Emerson, a resort owned by Gitter.)