Celebrate This Weekend at Plattekill Mountain 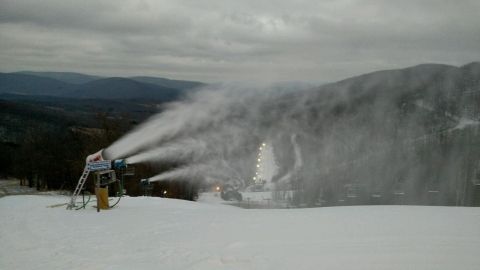 With Spring right around the corner, the Spring Equinox falls on March 20th, many people are looking for flowers to bloom and are excited for the warmer temperatures.  But not the folks at Plattekill Mountain.  Hews of brown and green surround the mountain and the trails at Plattekill stick out like a neon sign promoting Winter, bright white carved throughout the mountainscape.

The snowguns at Plattekill are still creating a haze of Winter only on the mountain, which those Spring seekers are more than happy about.  However, it looks as if Mother Nature has decided that she’s not completely done with Winter either.  With a major snowstorm in the forecast the first week in March, Plattekill still has a lot in store for the remainder of the Winter season.

Winterfest, being held on Saturday, March 5th, has become a well-known fundraiser for the well-trained volunteers of the Plattekill Ski Patrol.

So, on Saturday, after a day of skiing, snowboarding or snowtubing, Plattekill will be serving up a chicken dinner prepared by the 2016 winner of the James Beard Award (like an Oscar in the restaurant world), Brooks BBQ, at5:00pm, while there is a live performance by the band Esquela, a raffle for great prizes and wrapping it all up with the annual Torchlight Parade, a glow of serpentining red flares being carried by skiers cascading down the mountain, at 8:00pm.  This is an event suited for everyone, from the very young to the young at heart and is hoping to attract the local community as well as people visiting the area.

Also, on March 5th, the I LOVE NY bus, operated by Hampton Jitney, will be making it’s last visit to Plattekill for the season departing from New York City and Long Island.  This is the second year that the I LOVE NY program has teamed up with Plattekill to bring people to the Catskills for Winter day trips.  Andrew Lynch, Vice President of Hampton Jitney stated “The feedback on these trips has been very positive and we’re looking forward to continuing them in the 2016-17 season.”

All in all, Winter in the East has been anything but normal during the 2015-16 season, but taking the brutally warm highs and the bitterly cold lows in stride, Plattekill Mountain is putting on a pretty awesome show.