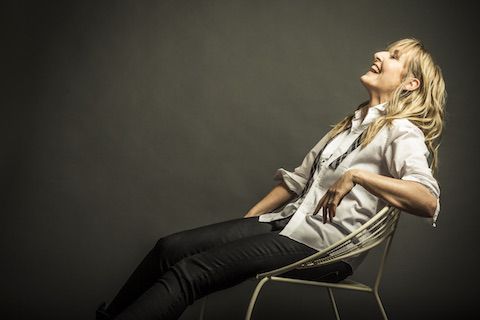 Donna Lewis, the singer who brought us "I Love You Always Forever," a single that was ever-present on the radio in 1996, is coming to Bearsville.

Lewis has a new album, "Brand New Day," that features her trademark breathy voice, Neil Young and David Bowie covers, some new songs that showcase Lewis' classical training and jazz chops, and, yes, a new version of that single she'll be known by forever.

Lewis will play the Bearsville Theater on Friday, March 13 as part of a New York tour celebrating the album's release. From the show's publicity materials:

For an artist used to the do-and-do-again perfectionism of pop music recording sessions, returning to the improvisational nature of jazz was an exciting prospect. It took nerve for Lewis to take on songs so deeply etched in the pop consciousness in such a stripped-down setting, but she recorded most of them in a single take. As a result, the record has live, organic, nearly ambient feel.