Third large fire in one week burns in Shandaken 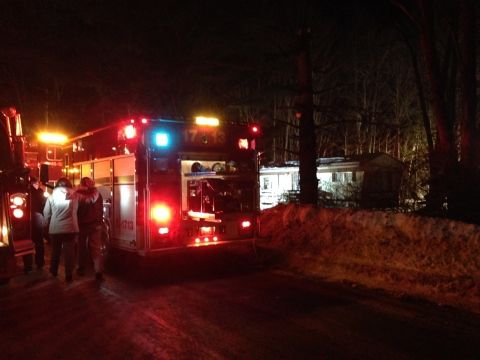 Above: Firefighters respond to a fire near Phoenicia Thursday, Feb. 19. Photo by Sara Loughlin.

A structure in the Ulster County town of Shandaken is on fire on Thursday, Feb. 19, according to eyewitnesses.

A neighbor down the street reports that a large number of first responders began fighting a fire on Old Route 28 in Shandaken, just outside the hamlet of Phoenicia off Route 28, beginning around 5 p.m.

A passerby reported seeing a large column of smoke rising from a residential structure around that time. Scanner traffic indicates that a large number of Ulster County fire departments have been mustered to fight the blaze.

The fire occurred in a metal trailer in Woodland Valley, and appeared to be under control by 7 p.m. Jay Braman at the Daily Freeman has more photos.

This is the third large fire to burn in or near the hamlet of Phoenicia in one week. A house on West Street caught fire on Friday, Feb. 13, and the Key Bank Building on Main Street burned on Monday, Feb. 16. 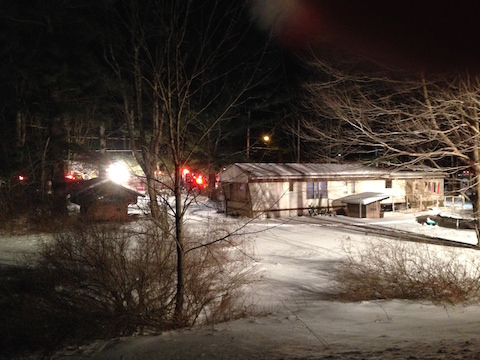 As Phoenicia's Key Bank fire reignites, investigators silent on cause