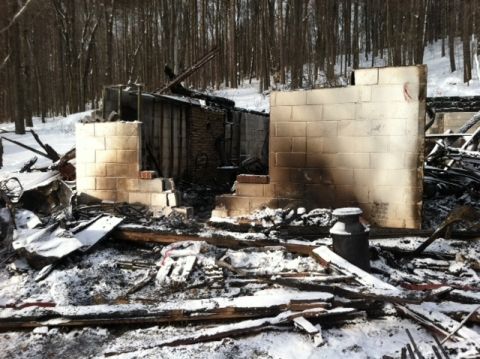 Above: Only a foundation remained after a fire destroyed a Delhi home on Friday, Feb. 6. Photo by Lissa Harris.

A 51-year-old woman was found dead in the charred remains of her home on Maggie Hoag Road in Delhi on Friday, Feb. 6, according to a press release from the Delaware County Sheriff's Office.

Helen Stroppel, who owned a house at 3150 Maggie Hoag Road, was found dead in the home during a search by investigators, police say.

The fire began around 1 a.m. on Friday morning. A neighbor called 911, and when first responders arrived, the home was fully engulfed by the flames. Stroppel was nowhere to be found, police say.

Firefighters from the Delhi, Andes and Bovina Fire Departments battled the blaze.

The cause of Stroppel’s death and the cause of the fire remain undetermined due to the total destruction of the residence, police say. However, so far, there is no sign that the fire was intentionally set.

"Investigators have developed no evidence indicating that Stroppel’s death, or the cause of the fire, were criminal in nature," the press release states.

"During the course of the investigation, several secondary heat sources, including kerosene space heaters, were located within the residence and could not be eliminated as a cause of the fire."

The house, which was for sale, was completely destroyed.

Below: More photos from the scene by Lissa Harris.

This story has been updated with new information. 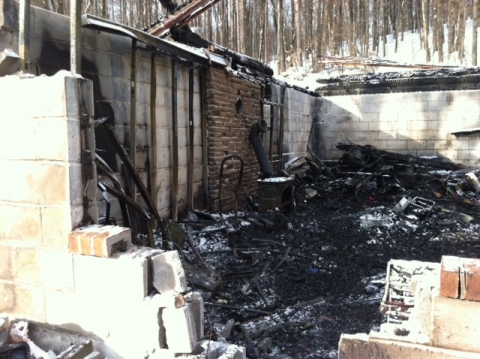