This Weekend: History from beyond the grave 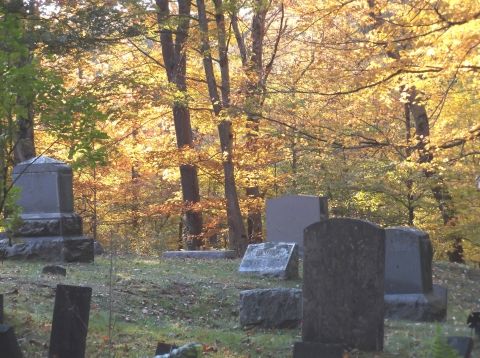 Although a summer evening stroll through a graveyard sounds like something straight out of “The Addams Family," the Historical Society of the Town of Middletown’s cemetery tours offer an educational twist on an otherwise spooky outing.

Held on Saturday, June 21, groups can tour the Sanford Cemetery on County Route 6 in Dunraven from 4 to 7 p.m. to hear costumed presenters portray several different historical figures buried in or around the area.

The cast of characters include pioneer farmers, teachers, tavern keepers and even an Esopus sachem, all researched at-length by historical society members, President of the Historical Society of the Town of Middletown Diane Galusha said.

Instead of recounting eerie ghost stories and chain rattling, Galusha said the tours provide insights into the lives of Middletown residents.

“What we’ve found in doing the research on these folks and portraying them are the sometimes profound contradictions and complications in their lives. Story lines don't just move from point A to point B,” Galusha said. “People’s lives were complicated as they are today.”

Galusha said those “eccentricities and idiosyncrasies” found in the historical narratives are the most fascinating part of doing the tours, something that resonates with most audience members.

“We try to show that with some respect and awareness the times they lived in, but we can’t really know what they were thinking or doing and we can’t really know why,” Galusha said. “You take groups station to station and you learn a little about history and individuals, it’s kind of a bridge, a connection between the past and present and the people who came before.”

The tours brought in 120-150 people in the first two years, with groups signing up and exploring the different stations in Margaretville in 2012 and in Clovesville Cemetery near Fleishmanns in 2013.

Galusha said folks certainly shouldn’t be psyched out by the seemingly-grim nature of the sites, instead she hopes they’ll find it to be a peaceful place to absorb history.

“The cemetery is an incredible, serene place. It really puts your own life in perspective when you can walk past headstones and monuments of people who’s lives were much like yours and for whom this is whats left,” Galusha said. “To come to this tour is kind of an affirmation that their lives really mattered for something and that they weren’t forgotten, that we’re remembering them.”