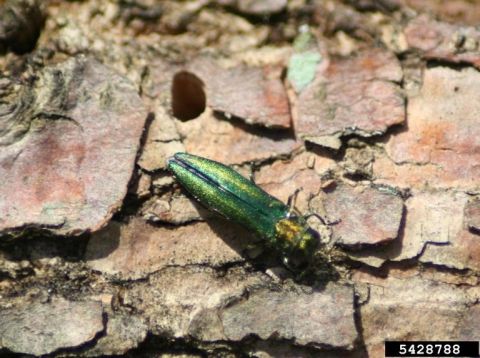 Firewood sold on Route 28 in the Ulster County town of Olive was infested with emerald ash borers, a destructive invasive species that is destroying ash trees in the Catskills, according to a press release issued by the New York State Department of Environmental Conservation.

State environmental and agricultural officers destroyed 14 full cords of infested, cut and split ash firewood and 64 infested ash logs at the site of an unnamed Olive firewood dealer, according to the press release. The officers were alerted to the infested firewood by a tipster.

"If the infected materials were sold or transported off-site, it could have led to the further spread of this invasive species in the region," the press release stated.

The entire Catskills region is under an emerald ash borer quarantine, in an attempt to slow the advance of the infestation out of the lowlands of Ulster and Greene counties in the Hudson Valley up the hills to the western Catskills. (See this map of ash borer sightings.) The Catskill Regional Invasive Species Partnership is leading the public outreach campaign against the ash borer.

The quarantine prohibits moving infested firewood or logs from the place where they were found. Violators can be fined, although the press release does not indicate whether the Olive firewood dealer was fined.

Update, 6:35 p.m.: Responding to a Watershed Post inquiry, DEC spokesperson Charsleissa King declined to identify the firewood supplier. "We are not naming the dealer at this time," she said in a written statement.