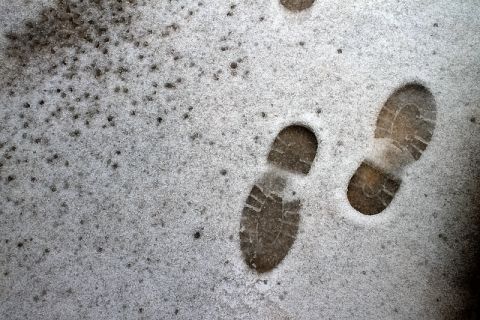 A 28-year-old man wearing nothing but a pair of boots turned up on the porch of a residence in Summit after spending 14 hours naked outside on Sunday, Dec. 7, police say.

"You've never seen a guy shake that much in your whole life," said Schoharie County Sheriff Tony Desmond, whose office helped with the search.

The man, who is not being identified, was reported missing by his family at 11 a.m. on Sunday morning, prompting a large search of an area near Charlotte Valley Road in Schoharie County, according to a press release from the New York State Police.

"We had the helicopter up looking for him," said New York State Police Troop G spokesman Mark Cepiel. "A local resident and a neighbor had seen the man at some point in time, which caused us to begin looking."

Tracking dogs from the New York Department of Environmental Conservation, forest rangers, deputies from the Schoharie County Sheriff's Office and members of the Summit Fire Department all participated in the search on Sunday.

The temperature was below freezing throughout the day in the Albany region on Dec. 7 and 8, according to historical weather reports.

The man was finally found at 1:55 a.m. on Monday, Dec. 9, when he appeared on the porch of a residence in Summit, nude except for his boots.

"The homeowner had heard a noise and called us," Cepiel said.

Cepiel said that the man was taken to Cobleskill Regional Hospital for evaluation. He did not have any injuries when he was found, Cepiel said.

The cause of the man's disappearance is unknown, but Cepiel said that he was known to have difficulties communicating.