The other Catskill: A village with a branding problem 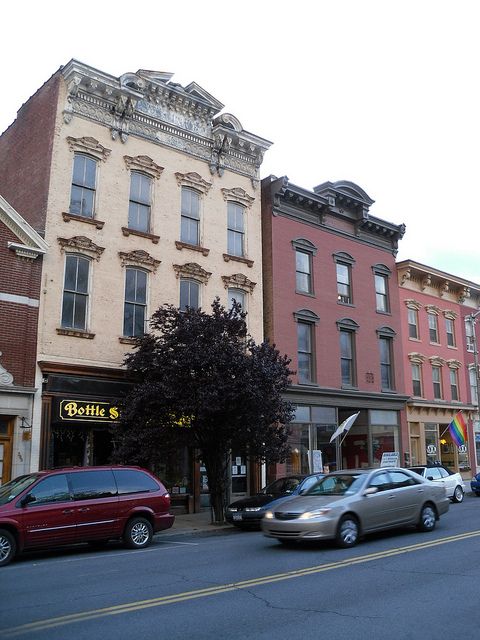 You've got to feel for the village of Catskill. It's forever getting confused with the Catskills -- a region that the little waterfront village of Catskill, perched on the west bank of the Hudson River at the feet of the mountains, isn't quite part of.

To make things even more confusing, it's one of those upstate New York villages that shares a name with the much larger town that surrounds it. (The region is full of them: Coxsackie, New Paltz, Cobleskill, Schoharie, Middleburgh.)

Sharing a name makes it tough for a little place like Catskill to distinguish itself -- or even to get decent results in a Google search. But a group of enterprising Catskill residents hopes to change all that. The Catskill Action Team, an ad hoc volunteer group led by Manhattan-ad-director-turned-village-booster Nina Sklansky, is working on a campaign to get Catskill to stand out from the rest of the Catskills crowd.

"On the river. Under the radar," reads a slogan on the Catskill Action Team's new website, catskillthevillage.com, launched earlier this month. The website attempts to set the record straight:

WE GET THIS ALL THE TIME: “I live in Catskill.” “The Catskills?”  “Nope. Catskill.” “The mountains?” “No. The village. In the valley. On the river.” So, first things first. The Village of Catskill (singular), on the banks of the Hudson River in Greene County, NY, is a relatively undiscovered, 19th century gem…not to be confused with The Catskills, the spectacular mountainous region just to our west, which traverses four counties in upstate NY.

In a feature in today's Daily Mail, reporter Kyle Adams writes that the group is hoping to mount a regional ad campaign on behalf of the village:

The website launched early this month, and now CAT is raising funds for the next step. What that is will depend on the resources they have available. Sklansky would love to have billboards in Columbia County advertising Catskill with the kind of bold, clear declarations made on the site. “Passions wanted.” “Got vision? Then this place is for you.” “It may look empty, but it’s full of promise.” There may be print ads and editorial campaigns, T-shirts, bumper stickers, brochures, broader social network marketing, whatever can be dreamt up and paid for.

And it just wouldn't be a story about a local branding effort in upstate New York without something getting compared to Brooklyn:

“It’s essentially marketing this place to people downstate, to people in Albany who are working there,” she said. “Marketing it as a viable place to live. There was a time when Hudson was considered the new Brooklyn. I look at us as the Brooklyn to Hudson’s Manhattan at this point.”