Abandoned mall may be resurrected as set of ghost movie 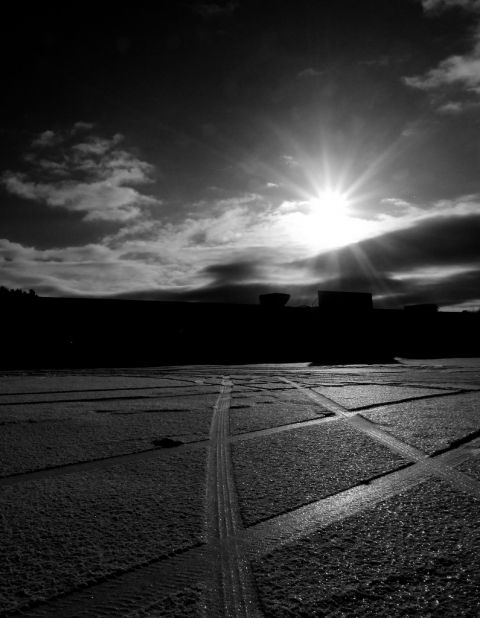 Above: The abandoned Apollo Mall in Monticello, New York, photographed on February 20, 2013. Photo by Catskills Photography and shared in the Watershed Post Flickr pool.

Bottom: A short video about the Apollo Mall posted on Dead Malls.com.

The former Apollo Mall in the village of Monticello may become a film set for "Jamie Marks is Dead," a ghost story slated to be shot at locations around Sullivan County soon, according to the Sullivan County Democrat.

It's a fitting role for the abandoned shopping center, which is slowly decaying as it waits in a limbo of zoning and redevelopment plans.

The Democrat interviewed County Legislator Alan Sorensen, who recently toured the property. Sorenson said that the Apollo "easily fits the bill for a haunted location:"

“It is pretty scary in there,” he said, likening the broken glass, collapsed ceilings and vegetation growth to the popular TV series Life After People, which imagines a post-human world.

Sullivan County legislators will vote on whether to rent the property to the film crew later this month, the Democrat reports.

To see more posts about abandoned properties in the Catskills, click here.

Update: After we published this post, we received a message from Leah Pracher Luu from Extra Mile Inc., a casting company that is looking for extras for the film:

Currently seeking Background for an Independent Feature Film shooting in/around Monticello New York. Background MUST be able to self-report to set. This is a paying project and the extras are Non-Union. We are especially in need of adults (18+) who can look like High School students. Ideal for college students! Shooting starts 3/2.

All ages and ethnicities are encouraged to submit! Please email a RECENT photo along with your age, height, weight and current phone # to: [email protected]

More info will be sent to you upon submitting. Thank you and I look forward to working with you!

The road to ruins: 12 abandoned Catskills sites to explore

Abandoned in Callicoon
It's official: The Nevele ain't what it used to be