What's up in Downsville? Hundreds of model electric airplanes 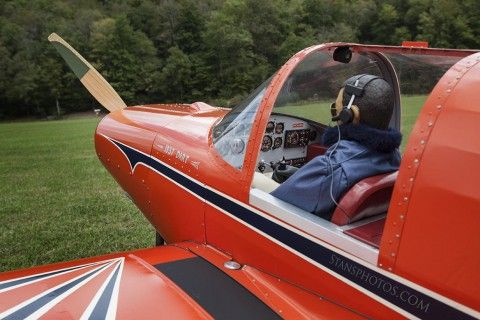 Above: A model aircraft with its model pilot at the NEAT Fair in Downsville last week. Photo by Stan Berger, of StansPhotos.com. You can also see his photos on Facebook.

If you love electric model airplanes, then you probably make an annual pilgrimage to the sleepy little town of Downsville in Delaware County.

For years, Downsville has played host to the NEAT Fair, widely considered among electric airplane hobbyists to be "the nation's largest electric flight exposition."

Every September, hundreds of electric model airplane enthusiasts converge on the Peaceful Valley Campground and the gym at Downsville Central School, bringing with them incredibly lifelike model airplanes of all sizes representing all historical eras. Many are piloted by equisitely realitic model pilots. (See the photo at the top of this post.)

Left: A tower at this year's NEAT Fair. Photo by Stan Berger, of StansPhotos.com and Stan's photos on Facebook.

NEAT, which stands for "Northeast Electric Aircraft Technology," is a three-day extravaganza sponsored by SEFLI (Silent Electric Fliers of Long Island). This year's event was held on September 13-15.

Jim Ryan, a longtime attendee who builds and sells model airplanes and writes about them for Air Age Media, says in an email that the event has been running since 2000 and brings 400 pilots and about 1,200 visitors to Delware County for the weekend. Ryan himself drove to Downsville from Ohio. Another attendee, Will Wegenast, came from Ottawa.

"It's grown into one of the largest electric flight events in the country," Ryan writes in an email.  "There are larger flying events, but for gasoline and 'nitro' powered aircraft.  For an electric-only event 400 pilots is very large."

You can get an idea of the scale of the event in the photo below, which was shot from an electric "hexacopter" by William Wegenast.

Above: An aerial view of the 2012 NEAT Fair in Downsville by William Wegenast. Used with permission.

Ryan writes that the diversity among the aircraft at NEAT is immense.

"These model aircraft are all electric powered, but they range from tiny indoor models weighing just a few grams (these were flown in the gym at Downsville HS) and small plastic foam "park flyers" to very large and complex scale models weighing 30 pounds or more," he writes.

Ryan sent us a photo of one of the more complex models he saw, a Fokker D-VI World War I fighter, below.

Above: A model Fokker D-VI World War I fighter cruises over Peaceful Valley Campground during the NEAT Fair flying event. This 1/3 scale electric powered model was built by Dave Perrone of Pittsfield, MA, and it looks amazingly realistic in the air. Photo and caption by Jim Ryan.

Stan Berger, a photographer, was on hand in Downsville taking photos, and gave us permission to reprint several of his excellent shots. Check them out below.

Above: The lights of aircraft trace glowing trails in the night. Photo by Stan Berger, of StansPhotos.com and Stan's photos on Facebook.

Above: A man poses with his model aircraft. Photo by Stan Berger, of StansPhotos.com and Stan's Photos on Facebook.