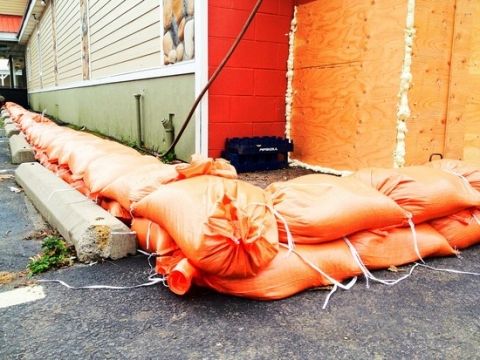 Last year, Irene's floods tore through the heart of the Boiceville commercial district -- and the supermarket at the center of it. The Boiceville IGA Supermarket suffered over a million dollars' worth of flood damage from Irene, and was closed for over a month.

With Sandy on the way, workers were at the store on Sunday sandbagging to protect the building from more flooding. Reader Jen Dragon took some photos at the scene (above and below). 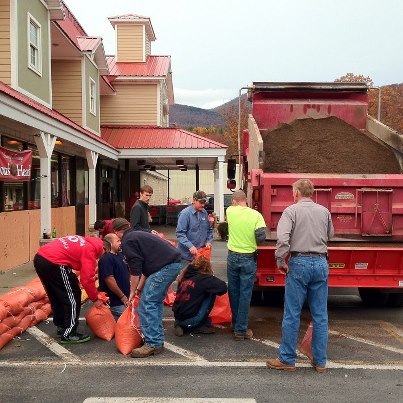 In Margaretville, the Freshtown, whose building forms a natural dam across the East Branch when it's at major flood stage, was even more badly hit by Irene. It took nine months for the supermarket, which opened again in May, to be rebuilt.

This time around, the Freshtown's owners are taking some dramatic precautions. Late on Sunday evening, contractors were feverishly constructing supports for what would be a huge temporary, water-filled bladder dam to surround the entire building.

Another worker joked that he didn't want to end up in the news unless the dam worked. 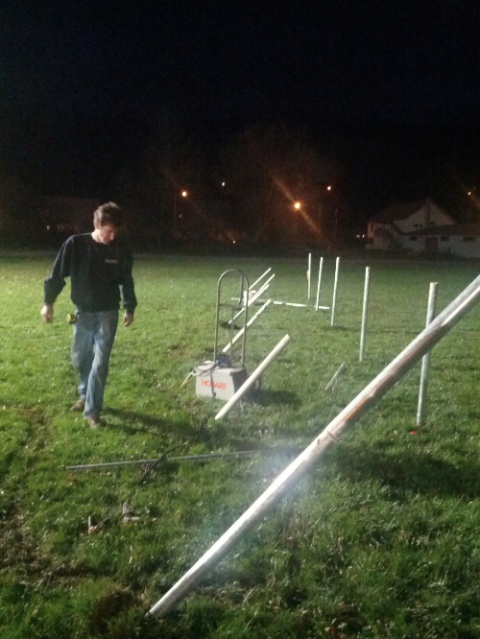 Above: Kevin Koval of Adirondack Basement Systems behind the Freshtown, working on the support structure for the bladder dam. Photo by Lissa Harris.

In stores across the region, staples like milk, bread and batteries were flying off shelves, and gas stations were running low. Below: A few photos taken around Margaretville and Arkville on Sunday by reader Burr Hubbell. 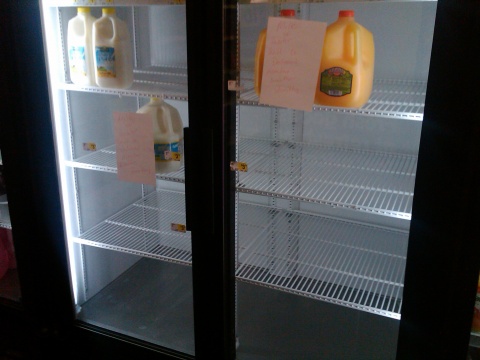 A shelf at the Dollar General store in Margaretville on Sunday afternoon. The sign reads, "Milk and water will be delivered Monday weather permitting." Photo by Burr Hubbell. 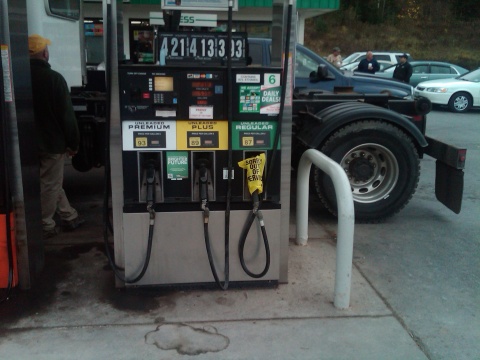 The Hess station in Arkville was sold out of regular gas by Sunday afternoon. Photo by Burr Hubbell.