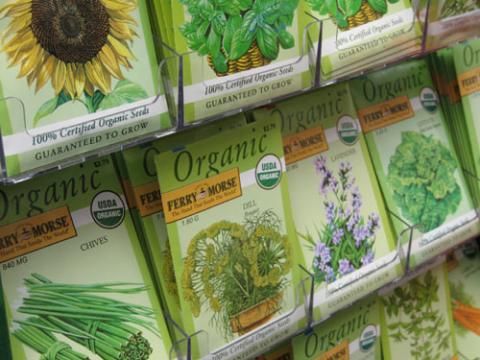 Reuters reports that the Public Patent Foundation, a nonprofit organization located at Cardozo School of Law and dedicated to preserving "freedom in the patent system," has filed suit against the agricultural giant Monstanto on behalf of a group of 60 farmers, seed businesses and organic boosters.

PUBPAT is preemtively suing Monsanto to prevent the company from suing farmers or seed suppliers for patent infringement if they unwittingly grow or use Monstanto's patented seeds. As Reuters points out, Monsanto is known for aggressively defending its patents on its seeds in the courts.

The lawsuit clearly intends to make a splash. In a press release, the PUBPAT executive director, Dan Ravicher, suggests that Monsanto is trying to take over the world's entire food supply:

“Some say transgenic seed can coexist with organic seed, but history tells us that's not possible, and it's actually in Monsanto's financial interest to eliminate organic seed so that they can have a total monopoly over our food supply,” said Ravicher.  “Monsanto is the same chemical company that previously brought us Agent Orange, DDT, PCB's and other toxins, which they said were safe, but we know are not.  Now Monsanto says transgenic seed is safe, but evidence clearly shows it is not.”

The first lines of the legal complaint elaborate on the fears of organic farmers about how genetically-modified seeds threaten the existence of traditional seed strains:

On a company blog, Monsanto is calling the lawsuit a "publicity stunt" and "false, misleading and deceptive:"

While we respect the opinion of organic farmers as it relates to the products they choose to grow, we don’t believe that American agriculture faces an all-or-nothing approach.  Rather we believe that farmers should have the ability to choose the best agricultural tools to farm their own land and serve their own end-market customers.  We are confident that these multiple approaches can coexist side-by-side and sustainably meet the world’s food needs over next 40 years.

You can read the full text of PUBPAT's complaint below.OSGATA-v-Monsanto-Complaint