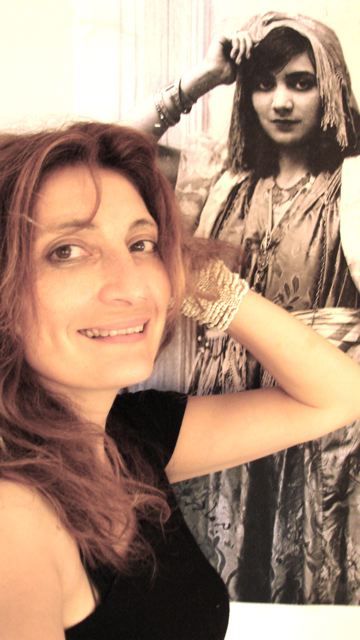 On the Saturday before Memorial Day, the Tay Home tea shop celebrated its grand reopening in a new location that has turned one of Andes' Main Street houses into a temple devoted to all things tea.

Over 100 people called on Nini Ordoubadi, Tay's owner and master tea blender, that night as she hosted a tea tasting at Tay Home's new home at 131 Main Street, directly across the street from the Andes Hotel.

There were several fragrant and tasty blends to sample, including "Saba," a lychee green tea that tantalized the senses with pear and floral aromas. The tea was served warm, but would also make a fantastic iced tea.

Another blend was "Berber" tea, also served warmed, which left a bold, lingering mint taste. But the star of the loose tea blends was Tay Home’s own "Better Than Sex" Rooibos blend. Served iced with a peppermint leaf, the aroma was reminiscent of chocolate chip mint ice-cream, and the taste did not disappoint.

Ordoubadi also hosted a cocktail hour with a memorable tea-infused cocktail that contained her own organic "Wild Woman" Ceylon tea along with blueberries, black currants, hibiscus and elderberries. The iced tea was served over rum with a simple ginger syrup. The cocktail was also available in a non-alcohol version.

Ordoubadi is passionate about tea. Her great-aunt, Noushafarin Saad, is her muse, and a gorgeous painting of Saad takes center stage in the shop's new space. Ordoubadi says of her aunt: “She was a globe trotter, a tea blender and a poet. She is my muse because I spent a lot of time with her when I was a child. I would follow her around when I was seven or eight when she was collecting herbs to make tea instead of playing with other children.”

Ordoubadi's signature tea is "Persian Rose," beacuse, she says, “it takes me back to my great aunt.”

Tay's bestselling tea? "Better than Sex." Ordoubadi says that each of the tea names are inspired by people and stories surrounding the tea.

Ordoubadi's plans for the future include possibly introducing bagged tea. The challenge in that endeavor, she says, is finding a compostable tea bag in line with her attempt to  leave “as little footprint as possible on the earth.”

Tay Home sells more than just tea, however. Ordoubadi, who has been an interior designer for the past 17 years, sells an entire line of home decor products, including imported home goods from Belgium, India and Nepal as well as from local Catskils artisans.  From the bedroom to the garden, which opens onto the Tremperskill Creek, each room in the Tay Home house showcases Ordoubadi's design aesthetic, which applies as much to tea packaging as it does to interior decorating.

In a store where Ordoubadi calls her employees “Tay Angels," hospitality is key. “My shop is not just a tea shop, but more of a community center for people to gather,” Ordoubadi says. To that end, she's installed wireless internet access and multiple nooks and crannies for sitting, sipping and snacking.

Tay Home is a Watershed Post advertiser. Check out Tay Home's page in our business directory and its recent "News From Local Businesses" post about the Memorial Day opening.

Lillian Browne is a farmer, writer and self-described adventure seeker who lives with her husband and three daughters in Walton. Browne covers town meetings for the Walton Reporter and pens a column, "Foible in the Fairytale," for the Delaware County Times.