Coping with February in verse 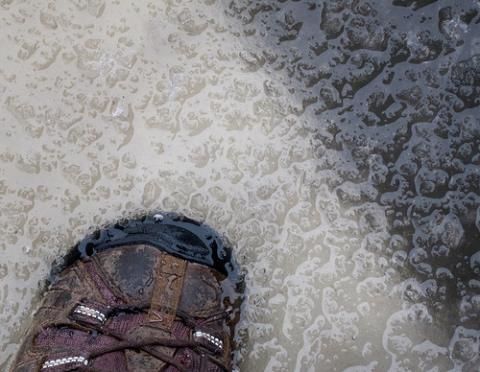 It's the last day of February, and we're all plenty sick of winter. Our contributor Kirby Olson, who teaches literature at Suny Delhi, sat down with a group of Andes residents last week at the Andes Round Table to express their feelings for February in poetry, drawing inspiration from poet William Carlos Williams.

In an email to the Watershed Post, Kirby explained how he turned the group's thoughts on February into verse:

"I had them come up with lists of things they saw around here that they didn't think were worthy of poetry. I had crowd-sourced a list of about two hundred things when we were done. This morning I spun it into a poem. If we're going to suffer in February in the Catskills, we might as well do it en masse!"

Trail in the snow to a disintegrating trailer

Some think it’s time to move on

There’s salt on the roads

Some think it’s time to move on

I wear a mix of gloves to shovel snow

Then deal with more dirty dishes

The snow plow goes by, is it time to move on?

Shoes I never wear pile up, I never fix the uneven picture

The shadow of a tree on muddy snow

Everywhere there are empty houses (snowbirds)

I’m chilled to the bone, it’s time to move on

A rusty pitchfork stands in the mudroom near a dusty encyclopedia

Potholes in the roads, scuffmarks on cherry floors

Tell me about it. It’s time to move on.

I look out the corner of my eye at the unopened tax dept. notice

On the screen dead Libyans, the twisted face of the dictator

Spring’s coming & with it the dandelions & compost bucket

Let’s see each other soon, how about them Yankees?