Upgrade in store for Woodstock Playhouse 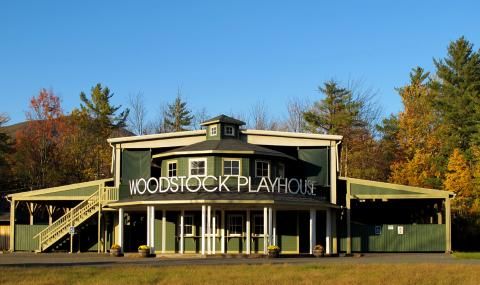 It's been a rough year for the arts in upstate New York. Between the most brutal state budget in recent memory and the tough economy, 2010 was more about surviving than thriving for many local arts and cultural organizations. But there was a surprising bright spot amid all the gloom and doom: The news last month that the Pan-American Dance Foundation (the local parent organization that runs the New York Conservatory for the Arts) was borrowing $700,000 to buy the Woodstock Playhouse out of foreclosure.

The NYCA has big plans for the theater, starting with long-overdue renovations to enclose the semi-outdoor structure. NYCA executive director Randy Conti recently posted a letter on the Playhouse's website outlining the NYCA's vision for the theater. An excerpt:

Renovations will begin in a few weeks, and we hope to open our doors this summer with a Summer Stock Season, and continue to remain open providing a venue for our community where local production companies can rent, touring companies can perform, and film and theatre Festivals can take place year-round.

Last week, Conti and his NYCA cofounder Doug Farrell gave an interview about their ambitious plans for the Playhouse to Paul Smart of the Woodstock Times.

According to Conti and Farrell, their new activities in Woodstock will in no way supplant their existing schedule of classes and productions at NYCA, including their annual UPAC splash each June. What they plan is to supplement all they’re already doing with a whole new production company. And start construction at the Playhouse within the coming weeks.

“We’re building within an existing footprint with plans that the Woodstock Arts Board developed already,” Conti said. “We’ve been working with the Town on all this from the very beginning.”

The Playhouse's fresh lease on life also made the Daily Freeman...

Conti said the Pan American Dance Association was taken aback by the plight of the Woodstock Playhouse, which in February had announced it was about a year behind on its mortgage payments of $2,700 per month.

“Several years ago, our board had made the decision to build (a 500-seat theater) on our own property, and then heeded the call to save this theater and decided we would just switch over from building on our site to taking care of the Playhouse,” Conti said.

Cynthia Goldberg, president of the playhouse's board of directors, remembered performing on stage as bats coursed overhead.

Those problems will soon be a thing of the past, Conti said. Enclosing the existing building will allow for heating and air-conditioning, better seating and a year-long performance schedule.

Another arts venue in Woodstock wants your money