The other side of Sidney: A chat with Bob McCarthy's political rival 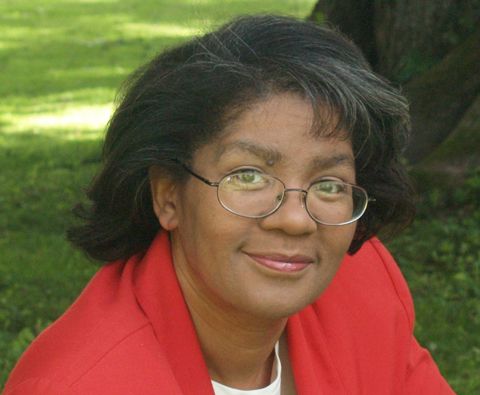 Poor little Sidney. One day, it's just like any other town in Delaware County, where people leave their cars unlocked on Main Street and the latest scandal tends to be about some new wood-boiler regulation. Next thing you know, it's on national television, being pilloried as some kind of Platonic ideal of backwardness. And at the center of it is Sidney's notoriously belligerent town supervisor, Bob McCarthy.

Dawn Rivers Baker has been kvetching about McCarthy since long before Keith Olbermann dubbed him the “Worst Person in the World” for ordering a tiny local Muslim community to dig up their two-grave cemetery. Last year, Baker ran on the Democratic ticket against McCarthy (she lost the race 543-336). We gave her a call, figuring if anybody could shed a little light on Sidney's woes, it would be her.

Dawn Rivers Baker: You're going to scoop everybody on this. It has not occurred to anybody, even Jon Stewart, to give me a call.

Watershed Post: It's gone into the echo chamber. I've lost track of how many media outlets have run a story on this thing.

DRB: I have to tell you that if I had won that election, I can guarantee that Sidney would not be this famous right now.

WP: Are you surprised at how this has played out?

DRB: Given everything that Bob McCarthy's done, and the degree to which he's demonstrated that he likes the taste of his own foot in his mouth, I'm not surprised. I didn't expect Keith Olbermann to pick it up, though.

WP: I confess, we saw the original Daily Star story, and didn't realize it was such a big deal.

DRB: I suspect it would not have been a big deal if it had not been for the whole mosque controversy.

WP: Has the national media totally blown this thing out of proportion? Is there a chance this really is just an obscure town land use issue that's got nothing to do with whether these guys are Muslims?

DRB: I think that there is certainly a strong chance that, overtly, this has nothing to do with either race or religion. That said, I do find myself wondering what the town would be doing if this was a group of American Legionnaires or something like that.

Given that the board is almost entirely composed of Republicans – if I can have a partisan moment here – and given how extremely conservative Mr. McCarthy is, I am frankly shocked to find myself in a situation where I am more in favor of private property owners' rights than he is.

DRB: When you run for office, you want to win, of course. But you also hope that whoever does win will do good things for the town. I'm not seeing that. And I think it's too bad. It's not like Sidney couldn't use some more positive leadership. We have a stagnant economy, and it's disheartening to drive around the village and see all the houses for sale. Main Street is deserted almost all the time. There are ways in which positive leadership toward a future of some sort would be a good thing for Sidney now. Instead, we've got this guy who's trumping up stupid fights with the Stop DWI administration and picking fights with Sufis. They've got other things they could be doing.

WP: What have you been hearing from people in Sidney?

DRB: Besides people asking me to please run again? I've heard people asking if there's any way to have him removed. Beyond that, I don't know that the issue – as it has been portrayed in the mainstream media – really is about racism. There are a lot of people who are angry and upset about the way Mr. McCarthy has managed to create this image of Sidney as a backward, racist place. We're really not like that.

WP: I see there's already a Facebook page called Impeach Bob McCarthy. Is there a process for impeaching a town supervisor?

DRB: Yes, it's in the state Town Law Manual.

WP: What's been the local reaction to the Sufis, now that Sidney is famous? Are people generally more hostile, or supportive, or both?

DRB: It's possible it's been both. I know the people who are likely to get in touch with me are going to be on a certain side of this issue. I've been hearing that there have been any number of local Republicans and conservative Democrats who may have voted for Mr. McCarthy, and who are sorry they did. There's been a certain amount of buyer's remorse since he was sworn in. And, apparently, there are some folks who are rabid enough to be suggesting that this is some kind of sleeper cell up in the hills. There was a rumor they bought the old public school and were stockpiling weapons.

WP: I have to say, the idea of a bunch of Sufis stockpiling weapons is kind of preposterous to me.

DRB: The folks who have gotten in touch with me are uniformly upset that Bob McCarthy is making us look like this little pocket of Klu Klux Klansmen who are harassing this little pocket of Sufis for no good reason. I expect I'm going to be meeting with some folks in the next few weeks to talk about the situation and what we might want to do about it, in terms of countering the bad publicity. I've even heard that it's gotten to the point where all of upstate New York is being painted as racist, and people are upset about it.

WP: I could not believe when this Sidney thing hit the news – my first thought was, “Oh no, not again.” There was just some big-time drama over the supervisor of Cobleskill, who got caught on tape dropping N-bombs.

DRB: I will tell you, it would not be accurate to say there is no racism up here. I'll tell you a story. I moved up here from Brooklyn about a dozen years ago. And when we were looking at houses here, I called the Delaware County Chamber of Commerce. I had a conversation with a pleasant young woman, I have no idea what her name was, and I said, "Tell me about the diversity in the population around here.” She said, “You don't have to worry, we don't have too many of those people in the population.” She clearly didn't know who she was talking to.

And there have been one or two incidents with my kids up here that were not pleasant. But for the most part, people up here have been entirely accepting of me and my family. I haven't had crosses burning on my lawn or anything. It would be untrue to say that there's nothing like that up here, but it's decidedly in the minority. I think most people up here are decent human beings who would like to put all that behind us, and are appalled at finding themselves in the middle of this maelstrom now.