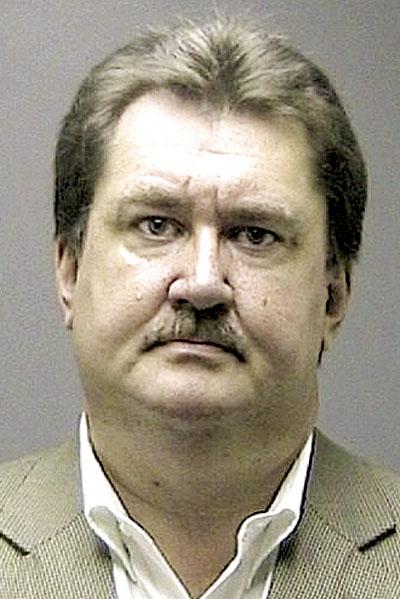 The law against serving alcohol to minors, that is, which Keith W. Valentine voted for in 2007.

According to the Daily Freeman, Valentine and his wife threw a combination graduation and 4th of July party last month where drinks were served to 18-year-olds.  Valentine, who is the Republican majority leader of the Greene County legislature, was arrested along with his wife yesterday after being turned in by a neighbor whose 18-year-old son was at the party. That neighbor, Pam Marchesani, was also willing to talk to the Freeman

Marchesani, who has known the Valentines for years, said it was a hard decision to contact police about the alleged underage drinking at the party, especially since their children had attended school together for so long.

“I felt that accountability was needed. If I didn’t do it, I felt like would be doing my children an injustice,” Marchesani said.

“The law is the law as far as I’m concerned, and if you help make the law, you should be aware enough not to break it,” she said.