From Page to Stage: The Art of Public Reading 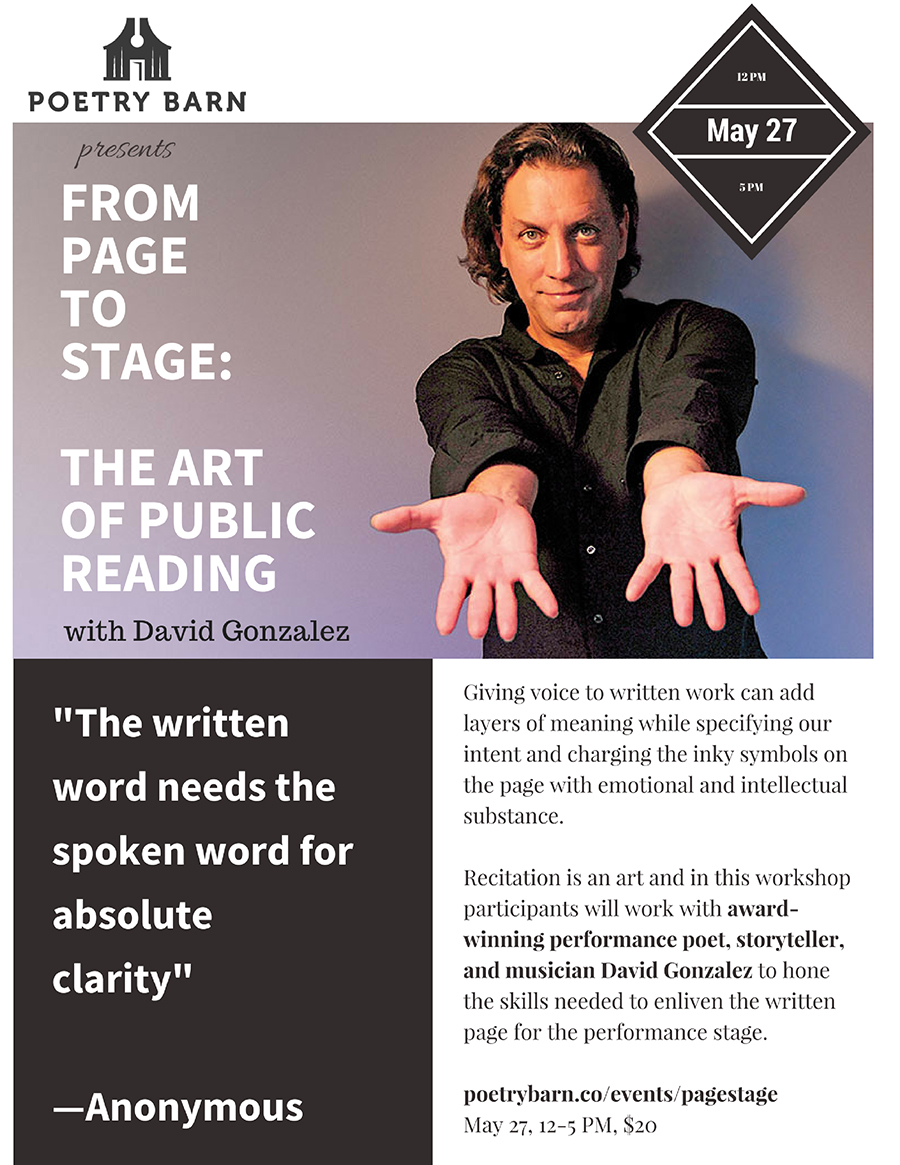 Giving voice to written work can add layers of meaning while specifying our intent and charging the inky symbols on the page with emotional and intellectual substance.  Recitation is an art and in this five-hour workshop participants will work with award-winning performance poet, storyteller, and educator David Gonzalez to hone the skills needed to enliven the written page for the performance stage.

Please bring at least three poems of varying length and style to work on, and wear loose-fitting clothing.

David Gonzalez is a professional storyteller, poet, playwright, musician and public speaker. He is a cultural ambassador for the U.S. State Department, and is the proud recipient of the International Performing Arts for Youth “Lifetime Achievement Award for Sustained Excellence“.  Mr. Gonzalez was named a Fellow of the Joseph Campbell Foundation and was nominated for a Drama Desk Award for “Unique Theatrical Experience” for The Frog Bride. David has created numerous productions, including the critically acclaimed ¡Sofrito!with The Latin Legends Band, and MytholoJazz, both of which enjoyed sold-out runs at New Victory Theater. Sleeping Beauty was co-commissioned by the New Jersey Performing Arts Center, Brooklyn College, and The McCallum Theater. David was a featured performer at the National Storytelling Festival, and appeared for three seasons at the Royal National Theatre in London.  The Man of the House was commissioned by, and premiered at the Kennedy Center for the Performing Arts in 2013.