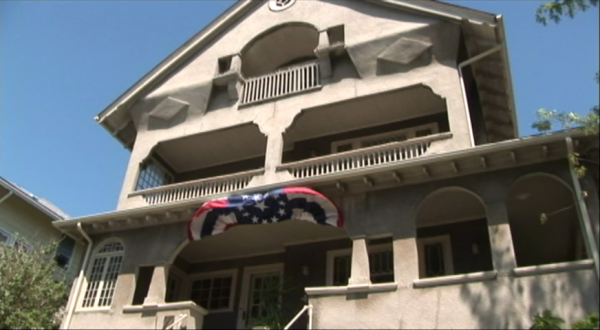 The DVD is available at our website at http://www.willowmixedmedia.org

"There was no mistaking, the moment I stepped inside, that this was indeed the house of my childhood, the one I still dream about." Stanley J. Kunitz, November 11, 1985

The late Stanley Kunitz,the year 2000 Poet Laureate of the United States, wrote many poems about growing up in Worcester, Massachusetts, and the house in which he lived as a child. Some of the Pulitzer Prize winner’s most memorable poetry illuminates his family, the search for his father who committed suicide six-weeks before he was born, his house, the neighborhood and his sense of place in Worcester. The 1918 classic Worcester three-decker house in which he lived now bears a plaque proclaiming the site's importance in Stanley Kunitz's life while growing up.

My name is Tobe Carey. I’m a filmmaker, and I also grew up in Worcester at 4 Woodford Street! From the 2nd grade on I lived there until going to college in 1960. All during my childhood my grandparents lived on the second floor, and usually other close relatives were in the top-floor of the stucco building. My parents continued to live there until the house was sold in 1975. Up until a few years ago I knew nothing about Stanley Kunitz's poetry or the Kunitz family history. Only recently did I discover that Stanley Kunitz and I
both “grew up” in the same house some 35 years apart.

In 2006, when I videotaped Stanley Kunitz in his New York City apartment, he read four Worcester poems and then off-camera he remarked, “That house still has a hold on both of us.” Stanley Kunitz was nearly 100 years old when he died four days later on Mother's Day, 2006.

Carol and the late Greg Stockmal bought the Woodford Street house in 1979. They discovered the Kunitz history and have since created a revival of the 1918 house. They’ve uncovered the original hardwood floors and refurbished the house with period pieces. Poetry Festival events and historic tours draw scores of people eager to see the Kunitz house, to learn about its history, and to hear Kunitz's poetry read under the celebrated pear tree that Stanley and his mother planted.

The film, Stanley’s House, is an evocation of Kunitz's Worcester poetry and his family, the 4 Woodford Street residence, the neighborhood, and the families that lived there after him. It is an exploration of the Kunitz-Woodford Street era and his sense of place within Worcester’s now-dispersed East Side Jewish community.

Central to the film are readings of several of Kunitz’s Worcester poems. These include “My Mother’s Pears,” the poem about the Woodford Street pear tree which I had the dubious honor of tending every summer for my grandfather. “The Testing Tree” speaks directly to Stanley’s and my memory of walking past the fenced-in Worcester Academy playing fields knowing we could never play there. In “Three Floors” Kunitz speaks so clearly about the house in which he (and I) grew up.

Additional Worcester poems include “The Portrait,” “Halley’s Comet,” ”My Sisters,” “Father and Son,” and “The Magic Curtain.”

The film includes audio of Kunitz reading in Worcester at Mechanics Hall in 1985 and video archives of readings from The Dodge Poetry Festival and the Library of Congress. “Stanley’s House” interviews include Kunitz expert Carle Johnson of The Worcester County Poetry Association and Worcester Jewish community historian, Norma Feingold.

I have included extensive footage of the Woodford Street house and neighborhood, as well as footage of the Jewish shopping district on Water Street and of downtown Worcester.
The film presents materials from the Kunitz family, the Kunitz archive at Princeton University and from collections housed at the Worcester Telegram and Gazette, the Worcester Historical Museum, the Worcester Public Library, and Jewish Health Care Center. I have gathered historical photographs, articles and ephemera from former and present East Side residents and private collectors. In addition, The film includes the musical interpretations of Kunitz’s poems composed by David P. McCay and performed at The Worcester Art Museum in October, 1985.

Also included is original music by Artie Traum and "Warum" by Tchaikovsky. 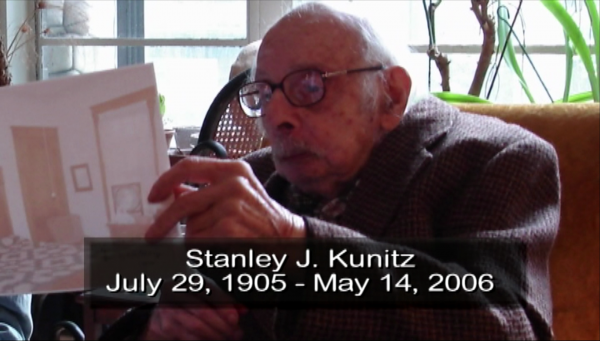 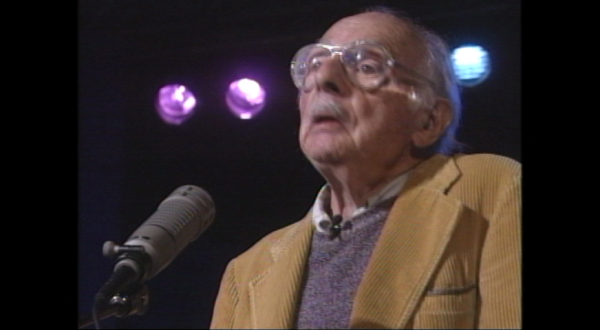