A century and a half later, local Civil War dead not forgotten 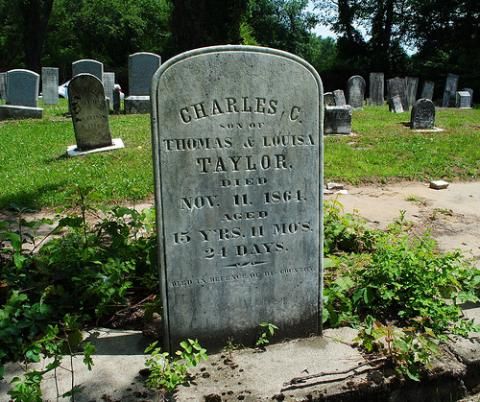 New York History has a feature story today about Laura Smith, a Wawarsing resident who works with a crew of volunteers to maintain the graves of Civil War veterans in Ulster County.

It's not an easy job, A.J. Schenkman writes:

The graves of some of those soldiers who died in the Civil War, as well as those who served during the war, are scattered in many cemeteries throughout Ulster County. Some are in far corners of large cemeteries that were once smaller; others are located off of major roadways back in woods which have been long forgotten.

Abandoned cemeteries, the story notes, are the responsibility of towns in New York State. But towns are not required to do more than just mow the grass a few times a year and keep fences standing. Hence Smith and her labor of love:

Smith is a member of the Ulster County Civil War Roundtable and she works at the Ellenville Public Library and Museum. She works closely with Dick Constant, a Vietnam Veteran, as well as a Legionnaire at the Cook Taylor Post in Ellenville. They both do this honorable work strictly as volunteers with the help of other volunteers, and the assistance of the Town of Wawarsing. Her mission has expanded to not only include veterans of the Civil War, but all veterans’ graves in Ellenville and the Town of Wawarsing. She also has started documenting the lives of these veterans as well.

Smith and her cadre of volunteers not only maintain the graves of the veterans, but also ensure that a flag is placed on each grave for Memorial Day. The society heavily depends on donations of money, skills, and good old fashioned manual labor.

If the name looks familiar, you may have read about Smith in the news before. She's one of the Wawarsing homeowners who have been locked in a long battle with the DEP over the leaking Delaware Aqueduct, which has been flooding homes in the area from below for years. In fact, we recently did an interview with her about some recent developments on that issue, which we'll share on the Watershed Post later in the week.

Schenkman, the author of the story, is a new contributor to New York History who writes about the history of Ulster and Orange Counties. We're looking forward to more local-history posts from him.