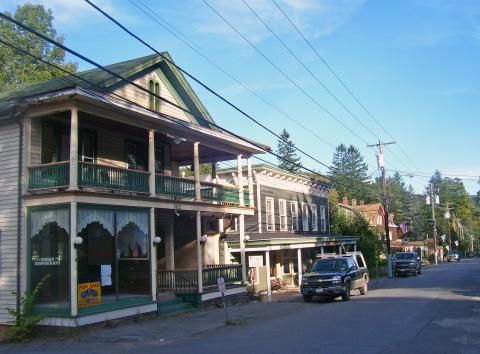 Even that is a little misleading, however. The company AKA Pine Hill Trailways is one of three linked, privately owned, AKA Trailways bus companies in New York that are described as “semi-autonomous." They remain legally separate even though Adirondack Transit Lines (AKA Adirondack Trailways) purchased the Pine Hill-Kingston Bus Corporation in 1965. The third company, Passenger Bus Corporation, is AKA as New York Trailways, and was similarly acquired in 1994 when Empire Trailways went bankrupt.

The three together are sometimes described as the “Adirondack Trailways Group,” while Trailways Transportation System Inc-the National Trailways Association refers to them as “Trailways of New York." Neither name is official. But why should it matter to Pine Hill what the three companies are called or why?

Actually, the only part that sort of matters is that the three bus companies are all officially “interlined." That’s a legal designation, covering insurance and safety issues, that allows a driver from any of those companies to drive any of the buses the three companies collectively own on any of the routes that they operate. Well, those combined routes now run from Buffalo to New York City, from Long Island and to Quebec, and to most other significant New York cities and many smaller New York towns as well. To give you some perspective, in 2009, the Pine Hill Trailways buses clocked 1,760,222 miles between them. That adds up to an awful lot of free rolling billboard publicity for the hamlet of Pine Hill.

Which is even more impressive when you factor in the fact that the buses labelled "Pine Hill Trailways" have far more seats between them than Pine Hill has residents. Currently, there are 20 or so Pine Hill Trailways Buses, each with 52 seats. As of 2010, Pine Hill had a population of 271. What other city do you know of whose citizens can climb onto the Trailways Buses named after it and leave two thirds of those seats empty?

Coming up in part three, some history of the Pine Hill-Kingston Bus Corporation and more, plus other factoid tidbits somehow related to our region’s buses.

The route to a scenic byway

All on a quiet block in Phoenicia last week

This Weekend: A.J. Roach in concert