We're "the new Brooklyn." Again. For real this time. 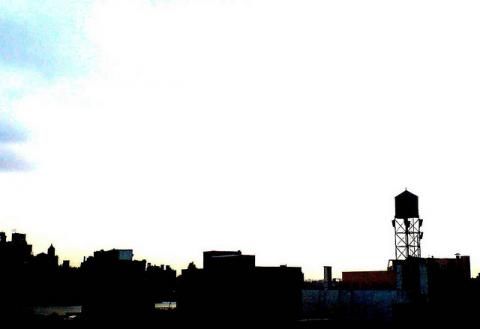 Say it ain't so, New York Times "Our Towns" columnist Peter Applebome! Not only are you jumping on the "Hudson Valley/Catskills is the new Brooklyn" bandwagon, but you're doing it with an enormous 2,553-word NYT article!

Well, even though we've heard this before, it must be true this time. Applebome offers enough anecdotal proof to choke a grass-fed-and-finished heritage breed Kerry cow:

Call it the Brooklynization of the Hudson Valley, the steady hipness creep with its locavore cuisine, its Williamsburgian bars, its Gyrotonic exercise, feng shui consultants and deep clay art therapy and, most of all, its recent arrivals from New York City.

Jenifer Constantine and Trippy Thompson, bartenders in Williamsburg, found the adventurous loft life there a bit too precarious after the birth of their first child in 2007, and moved to New Paltz to open their own minimalist, Brooklynesque bar and restaurant in Rosendale, Market Market, with a locavore menu and weekly spoken-word slams.

Dave Lerner, a musician, found the Brooklyn life getting claustrophobic and moved to West Saugerties, a placed that seemed different but part of a familiar universe, where there was music and culture but you could bike, hike and breathe.

John Friedman, a lawyer who lived in Greenwich Village, fell in love with Hudson and went from making mostly telecom deals in Manhattan to making mostly agriculture deals in the Hudson Valley.

Kate Doris left her hometown of Kingston as it skidded downward after I.B.M. left in the ’90s. Now she’s back, plugged into the local art scene, amused at the number of her Brooklyn friends who have also moved up.

The story meticulously recaps every "___ is the new ___" in the Hudson Valley region. Step aside, Ivan Lajara:

There is a parlor game people sometimes play, comparing Hudson Valley towns with New York neighborhoods, said Sari Botton, a freelance writer in Rosendale. For instance, Rhinebeck might be the Upper East Side, Woodstock the West Village, New Paltz the Upper West Side, Beacon the East Village, Rosendale and High Falls different parts of Williamsburg. Tivoli could be compared to Greenpoint, Hudson to Chelsea, Catskill to Bushwick, Kingston to a mix of Fort Greene and Carroll Gardens.

The New York Times jumps on the visit-the-Catskills bandwagon