Chasing the ghost of Levi Hill 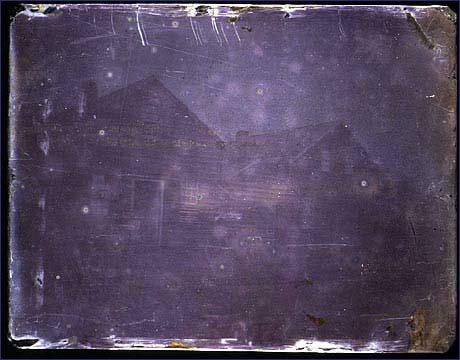 A curator at the National Museum of American History has spent three years trying to answer a question that has perplexed scientists and historians: Was Levi Hill a fake?

Hill, a 19th-century Baptist minister in West Kill, claimed to have invented color photography. But he was unable -- or perhaps unwilling -- to back up his claims, and by the time he died in 1865, he had widely been dismissed as a fake.

The NMAH's Michelle Delaney isn't so sure. From a story in the current issue of Smithsonian magazine:

Hoping to resolve the question of what Hill actually accomplished, she teamed up with independent conservator Corinne Dune and experts from the Getty Conservation Institute and George Eastman House. They analyzed the Smithsonian’s collection of 62 Hillotypes, using the latest methods of spectroscopy to identify materials and pigments without damaging the works. What they found largely vindicated the inventive clergyman.

In Hill's lifetime, he made more than a few enemies. A few years ago, the Catskill Mountain Guide ran a marvelous profile of the inventor, who ran afoul of both the Catskills anti-rent protestors...

"After three or four years the famous anti-rent troubles commenced. In this section several clergymen lectured for, and otherwise encouraged the Calico Indians. I was accused of being an “up-renter,” and was threatened with a “donation” suit of “tar and feathers”. One day a gang of some eighty of these rowdies passed my house, and while I stood in the door they pointed their muskets at me, but did not fire. Perhaps they were in jest; but even such an outrage no friend of good order would be found guilty of..."

...and the powerful daguerrotype lobby:

One such visit was from a “Committee” of the New York State Daguerrean Association, which was made up of D.D.T. Davy, a photographer from Utica, Mr. Clark of New York and Mr. Tomilson of Troy. The “alleged effect” of Hill’s announcement, according to these men, was that “by holding forth that such a marvelous improvement” as color photography had been discovered had caused people wanting their pictures taken to hold off until Hill’s discovery was available. This, however, was never to happen, hurting the regular business of daguerreotyping almost irreparably. Hill, never one to back down from a fight, describes Mr. Davy as “notorious” and says that he was threatened with force by the “committee” who warned him that a “banditti of ruffians” would break into his laboratory and forcibly remove Hill’s controversial formula if the minister-artist refused to produce the proof himself.

Photo: A "Hillotype" developed by Levi Hill in 1850, from the NMAH collection.