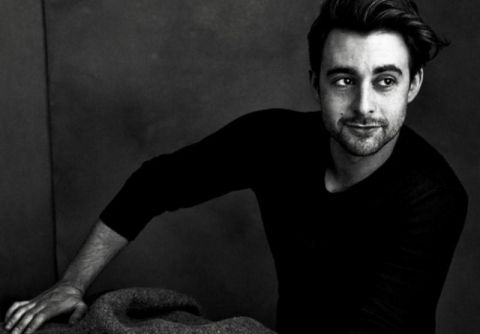 The 23Arts Initiative will conclude its Summer Music & Jazz Festival with an upcoming weekend with the Catskill Jazz Factory featuring Grammy-nominated pianist Chris Pattishall with the world premiere of his new evening-length work Fictions on Friday, August 12, 2016 at 7:30pm in The Orpheum Theater in Tannersville, NY and on Saturday, August 13 at 6:30pm at the Music Mountain in Falls Village, CT. Fictions draws its inspiration from the short stories of Jorge Luis Borges, the Argentine author, poet and essayist widely regarded as one of the greatest writers of the 20th century. Paralleling the allusive scope and formal brevity of Borges' work, Fictions is scored as a set of miniatures that unites a chamber music sensibility with a virtuosic ensemble of improvising musicians.

Pattishall's suite of compositions draws on a broad range of musical influences, including tango and Argentine folk music (chacarera, zamba, gato, malambo), Romantic-era symphonic tone poems, klezmer and Balkan folk traditions, and a broad cross-section of 20th century classical music. Through the use of these various styles, heweaves an intricate network of reference, allusion and imagination.

Hailed by Wynton Marsalis as one of the top 5 jazz musicians under 30 to watch, 29-year old Chris Pattishall is a versatile, Grammy-nominated pianist who is quickly establishing himself as a prominent voice in the jazz world. He has performed with a stunning range of musicians, including Wynton Marsalis, Billy Hart, Jimmy Heath, Wycliffe Gordon, Kendra Foster (D'Angelo), and Rafiq Bhatia. He appears on the Grammy-nominated album Jamison, the debut of drummer and vocalist Jamison Ross, and tours with him regularly across the world.

Between the Catskill Jazz Factory and the 23Arts Initiative, these sister organizations will together facilitate nearly twenty-five events this upcoming summer and nearly fifty events total throughout 2016. While 23Arts Initiative serves the Tannersville community, CJF offers both local and regional school workshops, concerts, residencies, lectures, and free world-class performances. CJF residencies also include performances co-presented with the Bard SummerScape Spiegeltent and Music Mountain Festival, with further information at www.catskilljazzfactory.org.

The 23Arts Initiative and Catskill Jazz Factory are programs of the Friends of Tannersville Organization, a 501(c)3 non-profit organization. For ticket information and other details, visit catskilljazzfactory.org and 23Arts.org. For press contact, reach Chandra Knotts, [email protected].

Tickets for Friday's performance are $25 and can be purchased from the Catskill Jazz Factory website: http://www.catskilljazzfactory.org/events-calendar.html