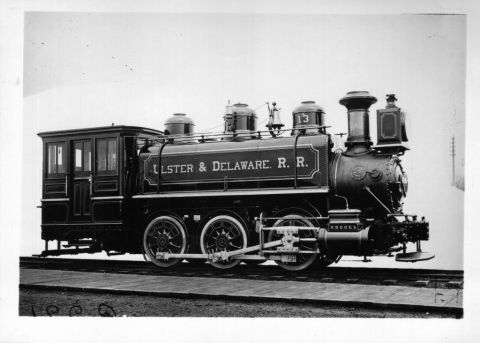 Rails to the Catskills is the story of railroading in the northern and southern Catskills. Starting with the canals in 1820's the story continues through the railroad heyday in the early 20th century through today's tourist railroads and the controversy over rails and trails.
The 95 minute documentary, by filmmaker, Tobe Carey, includes early railroads and such iconic lines as the New York, Ontario & Western Railway, the Ulster & Delaware Railroad, and the Catskill Mountain Railway/Otis Elevating Railway. Rails to the Catskills features interviews with several railroad historians, music by Paul Lounsbury and Dick Staber, plus vintage film, photographs, contemporary video footage, postcards and animated maps.  The documentary also covers the ongoing battle over the historic Ulster and Delaware Corridor, which the Ulster County Executive wants to largely convert to a multi-use trail.

The director will be on hand for a Q&A session after the screening.