A police search of a home in the village of Stamford turned up heroin, prescription drugs and several guns, leading to the arrest of a local man on multiple drug and weapons charges.

The handgun found in Padilla's house was one of several that were reported missing from the estate of a South Kortright resident who died earlier this year, police say.

Padilla was arraigned in Town of Harpersfield Court and remanded to the Delaware County Jail in lieu of $30,000 cash bail, pending further court action.

Below: Drugs and a handgun seized from Padilla's house. Photos courtesy of the Delaware County Sheriff's Office. 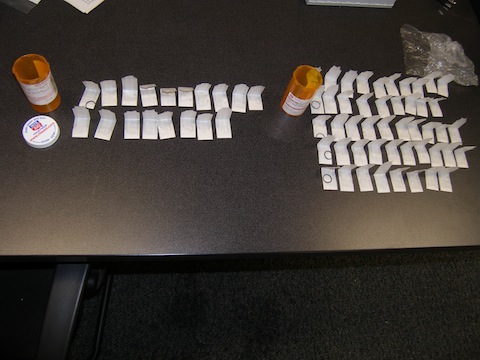